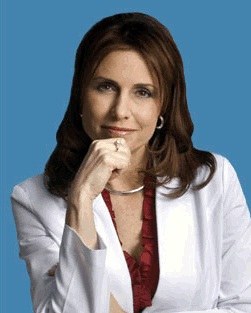 Re-printed by permission from Suzy Cohen:

My life’s never been the same since 2004. Overnight, I developed arthritis, vertigo, headaches and fatigue. I used to run every day! I’ve been to 10 doctors for never-ending symptoms too embarrassing to list. Last week, I fell in love with you Suzy because you wrote about “Lyme Disease” and I looked it up. It explains my life. I called my doctor, but she said Lyme isn’t common here, and dismissed me, so I’m stuck now. Can you offer guidance? –S.N., Chicago

Answer: You’re not “stuck,” there are many Lyme literate medical doctors (LLMDs) in our country, and here are three people who educate: Dr. Lee Cowden, Dr. Joseph Burrascano and Stephen Harrod Buhner; each has a different viewpoint. The controversy surrounding Lyme is latched on tighter than a tick.

Don’t assume there has to be a tick bite, followed by a bullseye rash. That rash only occurs in 50 percent of people, and most won’t ever see a tick, some of which are the size of the period at the end of this sentence. Besides, ticks are not the only way to get infected. Lyme is carried by fleas, biting flies, lice, mosquitoes and dust mites. Kissing or having sex with someone who has Lyme may cause transmission. Some people carry Lyme even though they’re asymptomatic and well. Oh, and it can remain dormant for months to years.

If you have a long history of health issues, with symptoms that change daily or monthly, but never go away, I’d seriously consider Lyme testing by a lab that specializes in it, for example Galaxy, Igenex, Fry or Advance Labs. Inaccurate results by regular labs may produce a false negative, so you think you don’t have Lyme when you do. Years of misery could ensue. The medical disparity between testing labs is unfathomable so I urge you to test using one of my suggested labs. They’re expensive, but worth it. Don’t limit your testing to Borellia burgdorferi, because other co-infecting organisms such as Babesia, Rickettsia,  Bartonella or Ehrlichia could be behind your symptoms. My recommended labs are better at detecting those bugs. Galaxy Labs offers the most sensitive and specific test for Bartonella organism. Finally, the “CD57” blood test offers a clue, and tracks your progress, and I recommend LabCorp for that particular test. Visit Lymedisease.org and ILADS.org for more Lyme information.

Suzy Cohen is the author of the nationally syndicated column “Dear Pharmacist” as well as the books, “The 24-Hour Pharmacist” by Harper/Collins & “Drug Muggers-Your Medicine is Stealing the Life out of YOU!” and newest “Diabetes Without Drugs” by Rodale. Click to find her website, Facebook page, and Twitter.