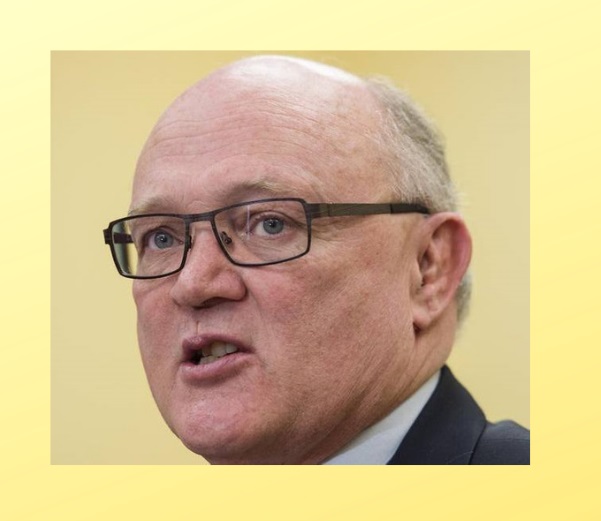 What’s the meaning of a retweet, anyway?

I think most people interpret retweeting as a way of saying: “Right on! I want everyone to know that I agree with this statement.”

So, what did it mean last week, when Dr. Robert Strang, the chief medical officer in Nova Scotia, retweeted a message from a shadowy website called LymeScience.org?

(The website gives no hint of which people or organizations are behind it. It’s filled with trashy statements saying that chronic Lyme is a myth, anyone who thinks they have it is a fool and anyone purporting to treat it is a scam artist.)

The tweet disses chronic Lyme patients as members of a “cult” dealing in “pseudoscience.” 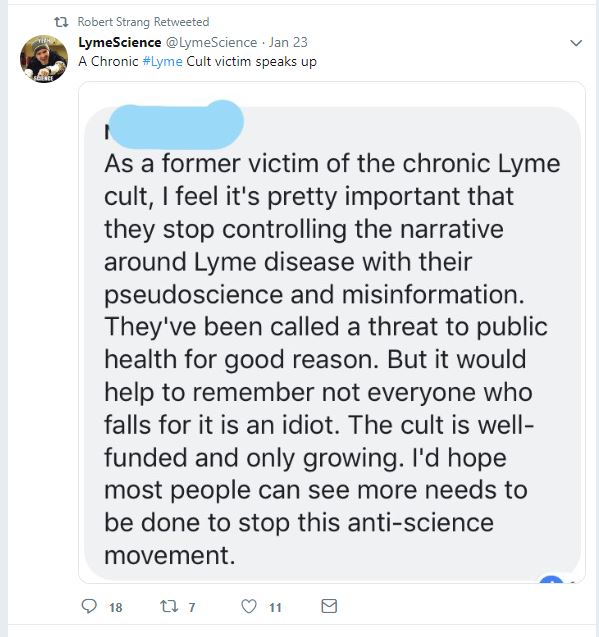 Canadian Lyme patients and advocates put up a mighty howl in protest to Strang’s retweet, which was well-covered by the local news media. As quoted in the Chronicle Herald:

“There are a lot of people who are sick and belittling them publicly is trivializing their illness and their suffering, so it’s deeply unfortunate given all of the science work and medical work that needs to be done around Lyme disease,” said Vett Lloyd, a biology professor at Mount Allison University.

Some people opined that Strang’s retweet had violated the province’s social media policy, and that maybe there should be repercussions.

According to the Chronicle Herald, Strang subsequently publicly announced that he never meant to “be dismissive of people who are experiencing serious health concerns.”

Yet, as I write this blog on Feb. 1, more than a week after his January 23 posting, the offending retweet has not been removed.

So again, what’s the meaning of a retweet? It sure sounds like Strang is championing the baffling and obnoxious rhetoric of the LymeScience website.

Like he’s giving the back of his hand to Nova Scotians who suffer from Lyme disease–and are therefore being kicked to the curb by health officials who refuse to give proper due to the illness that has befallen them.

Like he’s saying, “Right on! I want everybody to know that I agree with this statement.”

That is troubling indeed.