Neuro-Lyme is like hitting my head against a fog wall 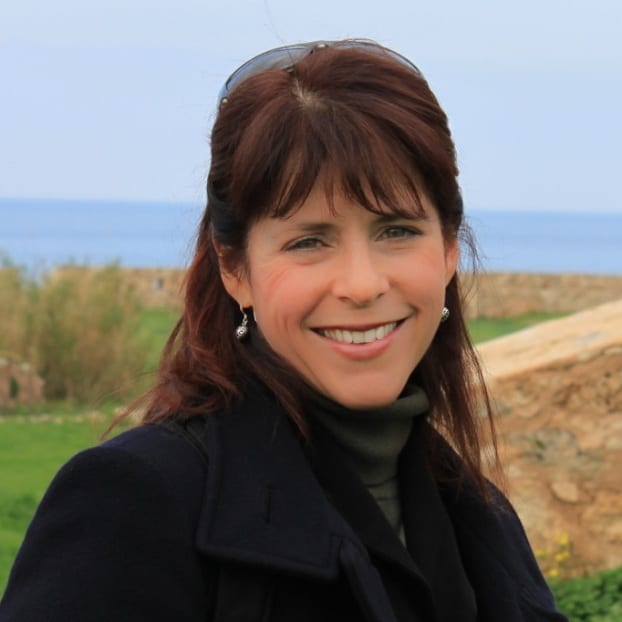 It was a warm fall evening in Santa Cruz as my husband and I walked the dogs along the beach. Instead of the usual sunset over the sea’s horizon, a dense wall of fog rolled in, motionless, blocking the setting sun from above.

Gazing at the thick wall of fog felt like home. I had just hit a new downturn in my health, so the strange weather brought a kind of comfort. Mother Nature empathized in a way that nobody else could, as she eased the burden of the bright light on my sensitive eyes.

Sometimes when people ask me about Lyme disease, they immediately jump to the most commonly associated symptom of the disease: joint pain. I suppose because it’s the easiest symptom to notice in a person. I’m glad it eventually ended up in my joints because otherwise I’m not sure I’d have a diagnosis.

Of all the symptoms of Lyme disease, the neurological manifestations frighten me the most. Maybe because they are harder to see from the outside. Or because they feel so utterly uncontrollable and cruelly invasive. They are the hardest to stop. The bacteria burrows deep into brain tissue to avoid being killed by medications that can’t cross the blood brain barrier.

It’s so hard to explain to someone else without sounding like you’ve lost your mind. At its worst, neurological Lyme disease can cause paralysis, seizures or schizophrenia. With lesser symptoms, the victim is plagued with insomnia, nightmares, brain fog, word or song iteration, word loss (tip of the tongue) and hypersensitivity to sound, motion, or bright lights.

Those lesser symptoms sound fairly benign, but piled up and never-ending, they can make daily living grueling. Explaining neurological Lyme disease to someone else can feel like hitting my head against a fog wall.

Neurological Lyme symptoms are nothing like typical forgetfulness or song earworms (when a song repeats in your head). It’s the earworm so extreme, so radically incessant, it leads to a vicious cycle of panic and insomnia, especially if you don’t know what’s causing it.

When it first happened to me, it was the unending techno music, which I once listened to while on the stationary trainer. It played in my head 24/7, snowballing into weeks of insomnia, incessant agitation and eventually neurological system shutdown. Today, even on good days when I can listen to music, techno is no longer on my playlist.

Tip-of-the-tongue symptoms in Lyme are also vastly different from occasionally forgetting a word. Instead, it’s a daily struggle with common words. I once literally forgot the word “Alzheimer’s” (you have to laugh at the irony) and substituted the word “preying” when I couldn’t remember “hunting.”

Those are only two out of hundreds of instances over the last eight years. As a writer, this was debilitating. In the beginning, I chalked it up to being daft, not knowing it was the start of long journey leading toward more frequent occurrences.

Neurological Lyme can also make it difficult to comprehend written or spoken words.  When I recently opened up the user manual for a new camera, I could read the words individually, but I couldn’t understand the sentences.

This can really rattle a person, especially if you don’t know why it’s happening. Thankfully by then, I knew what was going on and just put the manual down for another day. Nonetheless, the symptoms both fascinate and scare me. It’s like learning a brand new language. Your neurological system has gone haywire. Nothing makes sense, no matter how hard you try.

Sensitivity to sound and motion

There’s also hypersensitivity to sound and motion. It’s hard to explain to my husband, a music lover, who recently installed wireless amps and speakers in every room in the house and outdoor garden areas, that music sometimes feels like an assault on my brain. It mystifies him, even though he knows I have Lyme disease.

Why can music suddenly make me agitated, unhappy and downright crazy, when he’s always known me to love all kinds of music? For some Lyme patients, loud sounds, music, bright lights or fast motion can trigger seizures. For me, music or action and war movies, can trigger uncontrollable muscle tremors, brain fog, confusion, insomnia, extreme agitation, “brain freeze” pain and even anger—not to mention the earworm from hell.

When I’m in a downturn of Lyme, nothing makes me more furious than a cheerful French song, the twang of a country melody or the pitch of pop music.  My husband gets it as best as he can, but since I’m not having a seizure, it’s hard for him, or anyone else to really understand.

A light in the fog

But there’s a bright light in all this dense fog! Recently I discovered that no matter how bad I feel, I can tolerate soft rock music. I don’t know why, but it doesn’t trigger symptoms. So on my darkest days, if my husband wants music, he must endure Foreigner, Journey, Phil Collins and Brian Adams on Pandora’s soft rock station.

Why beat my head against a wall of fog explaining why he can’t listen to music when soft rock is enough to send the message that I’m feeling extra Lymie that day?

As for everyone else, it’s easier to roll with, “Yah, it’s that joint pain disease.”

Julie Starling is a writer in California. You can reach her via her website, www.wilddingo.com.