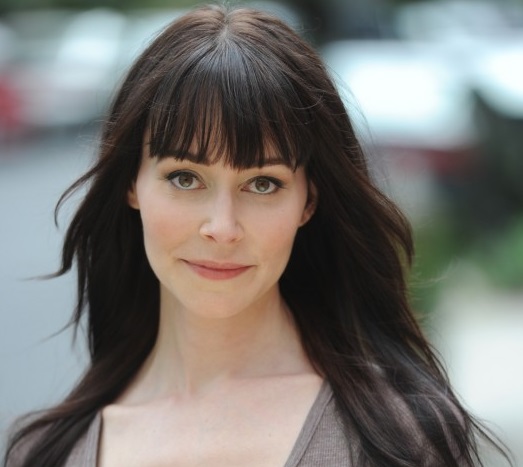 I have something called Ehlers-Danlos Syndrome. It’s painful and horrible and since it affects collagen there is no part of my body that is off limits. If you have time to Google it, I suggest it.

It’s all very medical and interesting if you’re into that kind of thing. Very Dr. House-y. You’ll learn about connective tissue, mast cell activation disorder and POTS or dysautonomia. That will all sum up EDS in a very confusing package with a not-so-pretty bow.

I have written about it in the past in a column titled “Dealing with Ehlers-Danlos…or why hyper-mobility isn’t a cool cell phone plan and doing the splits is bad” in The Rockland County Times.

Two weeks ago, I found out that I have Lyme disease. Late Lyme. Chronic Lyme. This means it’s gone untreated and has settled into my body for many years. Another illness. How can this be?

I’m not exactly sure when I contracted Lyme or if I had multiple exposures. But I can safely say I either got it when I was 29 years old or when I was 6. I wish I was kidding. How is this possible?

Where should I start? This story is not exactly what I would call “linear.” Bear with me. I was (and am) having a ton of cognitive issues, depression, anxiety, and physical pain.

My memory had been getting progressively worse. I was having a hard time with word retrieval and getting appointments right. Brain fog is part of Ehlers-Danlos because we often times have autonomic dysfunction. (Depression, anxiety, and autonomic dysfunction are part of Lyme as well, but I didn’t know that yet.)

I’d look at the computer and not be able to recall names of who I needed to email. I would start with A’s and scroll through all of them, then the B’s and so on until I’d see something that jogged my memory.

Or, I’d put in a word and hope some old emails would pop up that connected to the person and email address that I was hoping to recall. I had a general feeling of confusion, like I was doing something wrong all the time.

It was very disorienting and hard to tell people about. I couldn’t think of the words to tell them even if I really wanted to. Every time I told a story, it was filled with “never mind “or “uhh, shoot, I can’t remember.”

I would fill in sentences with acceptable words but not the words I wanted to use. It was affecting me socially. I’d opt to keep my mouth shut and do a lot of smiling and nodding. I tried to limit my speech to simple interactions.

Why was I getting worse? Could it be Alzheimer’s? It’s possible. I was in a severe car accident when I was 22 years old. I had multiple serious injuries and a traumatic brain injury. I also had several other concussions in the past.

I knew I should probably have this looked into. I tried to get into a brain study for TBI and Alzheimer’s, but was not accepted. I couldn’t take it anymore. I felt like I was going crazy. I had to do something.

I decided to make an appointment at the Psychoneuroplasticity Center outside of Dallas TX in November of 2018. Why there? They take into account the whole person. They look at nutrition, do brain mapping, investigate the adrenal system and assess hormones. I felt this was my best shot at understanding whatever was going on inside my brain and body.

Lo and behold, I found out I qualified for Mensa and didn’t have Alzheimer’s disease. Yay!

I do have brain inflammation and some malabsorption issues. I have a bit of a learning disability or ophthalmological disturbance called convergence insufficiency. It’s addressed with behavioral optometry and can be rehabbed. I’ve been pretty successful with that actually. As an aside, I’m not sure you should qualify for Mensa if you didn’t even know your IQ was being tested.

My brain also has enough Delta waves. This is why marijuana doesn’t work for me and makes me depressed and paranoid. I’ve never smoked pot successfully. When I say “never,” I mean never. I can’t use medical marijuana and it won’t work even if you have “really-good-stuff-man.”

Right before I got my diagnostics back from the PNP Center, a doctor I saw for a pain treatment had a hunch. He said his wife (who was also a doctor) had Lyme.

Something about my story made him think I had Lyme. I immediately went for a test, assuming he was wrong. I mean, I was “classic EDS.” Ask anyone or anyone who knows about EDS–cognitive issues, joint pain, POTS and mast cell issues are all present in Ehlers-Danlos Syndrome. Turns out they also show up in Lyme. My weird allergies, interstitial cystitis, and migraines can all be EDS…or Lyme.

Does this mean that if I had been treated for Lyme 13 years ago, I might have lived a normal life? Maybe. I have been in pain since I was a kid. I managed it somewhat successfully until 13 years ago.

Was it Ehlers-Danlos and residual pain from that car accident causing some of my problems while the pain from Lyme is responsible for stopping my life? I’m hoping to find the answers.

I started Lyme disease treatment two weeks ago. The first step is three months of doxycycline. I’ll keep you posted. Hopefully, I’ll be able to do that in a more linear and conclusive fashion.

I try to keep a positive upbeat façade about everything. Nobody likes a Debbie Downer. I hate looking like I need sympathy. But I’d love some empathy. I guess that’s why I wrote this. You never know what a person is going through by looking at them.

This world could use some compassion and empathy. A little less take and a lot more give. Be kind and ask questions.

If you see a person get on a full bus and ask, “Would anyone mind giving me a seat? I know I look fine but I am sick,” offer them your seat. I once asked that on three different buses. Not one person gave me their seat.

It’s hard when you don’t look sick. I have had people shove me on purpose when I am using a cane for the muscle treatments that I get. I had two different bus drivers close their doors on the cane as I was using it to get onto the bus.

I am tall, thin, somewhat put together (depending on the day) and “able” looking, but I am not able. I need help. I am fighting every day I get out of bed.

Some days are filled with aggressive rest. When I do venture out, every step seems like a miracle. Carrying a bag means I may have spasms and pain later that will need treatment or medication.

Ella Steinbeck writes a column for New York’s Rockland County Times, where this article was first published. You can follow her on Instagram @lifewithlymeandehlersdanlos.