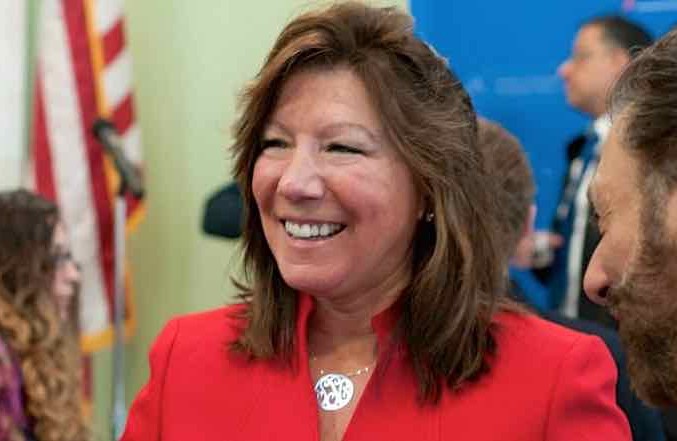 The New York State Senate today passed a package of bills that strengthen the state’s efforts to combat Lyme and tick-borne diseases. The bills are sponsored by Senator Sue Serino (R-C-I, Hyde Park), Chair of the Senate’s Task Force on Lyme and Tick-Borne Diseases, and will be instrumental in implementing the Task Force’s goals of improving prevention, diagnosis, and treatment to better protect the health of New Yorkers.

“Nearly everyone in the Hudson Valley knows someone whose life has been forever changed by Lyme and tick-borne diseases,” said Senator Sue Serino. “Awareness is the key to prevention and today, we put the spotlight on Lyme and send a clear message to those who are suffering that we remain committed to combatting the spread of tick-borne diseases. This legislation represents significant steps forward in the fight against Lyme and I thank my colleagues for recognizing the need to make their passage a priority.”

“Lyme disease is a very serious and growing public health problem, complicated by the difficulty in diagnosing it and more burdensome by the exorbitant costs patients bear with long-term treatment,” said Senator Chris Jacobs (60th District).  “Passage of these Lyme disease bills is a great next step in our collective efforts to advance research, education, and prevention so we can improve outcomes for families affected by these illnesses.”

According to reports by the Centers for Disease Control (CDC), New York State has the third highest number of confirmed cases of Lyme disease in the entire country. While this problem has historically been concentrated on Long Island and in the Hudson Valley, the DOH reports that it’s quickly migrating to other counties across New York.  Since Lyme reporting became available in 1986, 95,000 cases of Lyme have reported to the state. Today’s bills help address issues being raised by this spread and include:

Bill S2168 takes the first major step towards addressing the lack of insurance coverage available to those diagnosed with Lyme disease. Currently, health insurance companies are not required to cover long-term treatment from chronic Lyme or other related diseases, which is devastating for many New Yorkers.  People suffering from chronic Lyme disease can experience extreme fatigue, nausea, depression, joint pain and many other symptoms. The bill requires the State Health Care Quality and Cost Containment Commission to meet annually and to submit a report on the impact of providing insurance coverage for Lyme and Tick-Borne disease.

Bill S2588 provides homeowners with vital and reliable information on the best way to protect their property from ticks. People should be aware of the EPA’s approved pesticides that are recommended for tick prevention and the best methods to use pesticides to better protect both people and pets from exposure to ticks on their property. The bill directs the Commissioner of Environmental Conservation to develop guidelines for best practices in treating residential properties to reduce exposure to ticks.

The bills have been sent to the Assembly.

Today the Senate also approved a resolution (J1493) that designates May 2017 as Lyme Disease Awareness Month in the State of New York. The resolution helps focus on this significant and complex disease, provides information on and raises public awareness of its causes, effects and treatments, and underscores important education and research efforts surrounding Lyme and tick-borne diseases.

While the Northeast United States remains one of the hardest-hit regions for Lyme and other tick-borne diseases, the Senate has been actively working to reverse this trend. Its Task Force was created in 2013 to engage stakeholders and develop legislation to address Lyme disease. This year alone, the Task Force successfully secured $400,000 in the newly-adopted state budget for research, education, and prevention efforts. It will continue to build upon past legislative successes, including two new laws passed last year that requires the Department of Health to design a Lyme and tick-borne disease prevention program, and requires the state to create age-appropriate educational materials that would be readily available to schools. Students will learn how to identify ticks, the procedures for safe removal, and the best practices for protection from ticks.