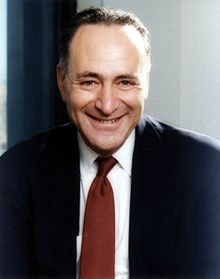 U.S. Senate Minority Leader Charles E. Schumer today announced that the U.S. Senate has passed his amendment to the upcoming Health and Human Services (HHS) appropriations bill to increase by 12.15 percent FY2019 funding for the Centers for Disease Control and Prevention (CDC) to combat Lyme disease and other tick-borne illnesses. Specifically, the bill increases Lyme disease funding from FY2018’s level of $10.7M to $12M for FY2019.

Schumer’s amendment secures the first increase in CDC Lyme disease funding in five years. Schumer said that this long-overdue increase in funding will be used to support the all-out state and local war against tick-borne diseases, as New York is the #1 target for tick-related disease in the United States. Schumer called the increase in funding a major victory for communities across Upstate New York and vowed to shepherd the funding through Congress and onto the president’s desk.  Read More here: