TOUCHED BY LYME: “The Red Ring” takes a global look at Lyme disease 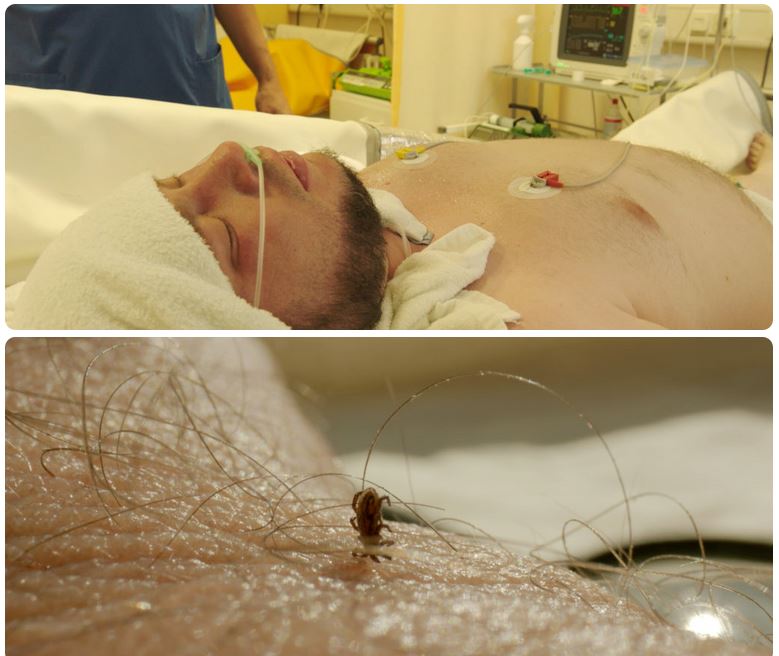 In 2011, Finnish filmmaker Joonas Berghäll was living his dream, making films about important topics. He went to Kenya to direct a documentary about women’s rights in that country. “I was working outside for three weeks and I felt good and strong,” he remembers.

That changed dramatically when he returned to Finland. Within days, he started to experience a cascade of symptoms that hit hard and kept going—for weeks, and then months, and then years.

“I felt like there were snakes and fishes living in my stomach,” he said. By the end of the first year, he had over 20 symptoms.

In a scenario that’s painfully familiar to anybody with chronic Lyme disease, he went from doctor to doctor, desperate for someone to help him. He saw 82 practitioners, with no answers.

Finally, six years in, he located a doctor who tested him for Lyme disease and co-infections. Berghäll tested positive for three species of Borrelia (Lyme), as well as Babesia, Bartonella, Ehrlichia, Rickettsia, Mycoplasma, and several viruses. As the doctor noted: “Borrelia seldom comes alone.” Yet, although he was finally diagnosed in Finland, he could not obtain treatment there, and had to look elsewhere.

All this is the setting for a remarkable new film called “The Red Ring.” Being a filmmaker, Berghäll documented his circuitous journey from the very beginning. Eventually, he teamed up with producer Satu Majava, to create a film that raises bigger questions than just about his personal health. Questions like: Why is this illness not taken seriously—all over the world? Why are there hundreds of millions of people suffering? Why isn’t the World Health Organization willing to address this? (He called the WHO over 50 times, seeking an interview. No dice.)

Berghäll attended a medical conference in Europe where he met and interviewed American Lyme doctor Richard Horowitz, former ILADS president Leo Shea, and other experts. In time, Berghäll spoke with patients, doctors and researchers from many countries, with differing points of view on the topic. One, a prominent infectious disease doctor in Finland, insists that testing is perfectly fine, and that chronic Lyme simply doesn’t exist. (Aarrrrrrgghh!)

“The Red Ring” is both riveting and educational. I urge you to watch it.

Click below to watch a preview of the film.

The film is available to view on Vimeo.