Pfeiffer tells us what most journalists don’t about Lyme disease 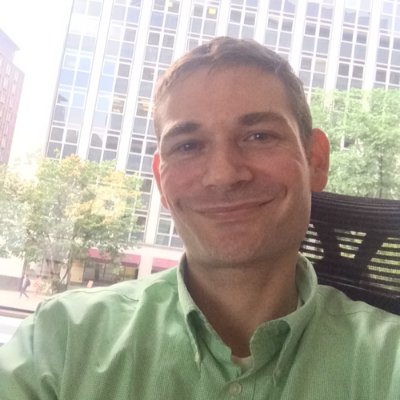 Mary Beth Pfeiffer’s new book continues to prove her dedication to informing readers about important issues that are too frequently overlooked—in this case, Lyme disease and climate change. (Her previous book dealt with the wrongful criminalization of mentally ill people in the United States.)

By virtue of its subject matter, Pfeiffer’s book illustrates that while our society addresses issues such as climate change and insect/other vector-borne infectious diseases such as Lyme as cleanly divided, separate concerns, they are not.

The World Health Organization many years ago determined that the spread of Lyme disease in Europe was a symptom of climate change throughout the continent, and the federal parliament of Canada likewise has determined that the rapidly warming climate of eastern and central Canada is increasing Canadian people’s vulnerability to contracting Lyme disease, passing a federal law requiring immediate action.

The failure of public health agencies to investigate the correlation of these dangerous phenomena and how they affect one another has a profoundly negative impact on public health.

Pfeiffer’s book details how a warming planet is advancing the contagion of Lyme disease, and governmental entities would do well to consider this information seriously and take measures to curb the intensity of both, which would save lives and livelihoods, as well as countless trillions of dollars in associated healthcare, infrastructure and other costs.

I first came across Pfeiffer’s writing via the Poughkeepsie Journal, where she found a home for important investigation into Lyme disease. As someone who suffered for nearly two decades with Lyme disease after I had been presumably cured and then was suspected to have developed multiple sclerosis or something like it (spoiler: the “suspected MS” was Lyme disease that had not been fully cured), I looked online for information about what was happening to my body.

Pfeiffer’s articles were among the few in-depth, investigative stories published by well-known news sources; they went beyond “check for ticks!” and “you’ll never believe what this celebrity had to go through!” Lyme disease stories that most commonly appear, instead investigating the science, the policy, and the human toll of Lyme. Her writing is important, and this book represents the culmination of a career dedicated to examining this overlooked topic.

People who are unfamiliar with Lyme disease especially should read this book, as it details in plain terms the etiology of a highly complex disease and, importantly, why the blood tests used to detect Lyme disease are so faulty that they contribute to the ongoing–often unnecessarily so–suffering and physiological degradation of so many patients.

The book also discusses the disparities in how the emerging Zika virus was attacked by U.S. public health authorities with an extraordinary disease-control effort bolstered by an extraordinary federal investment, even as the virus to date has affected fewer than 6,000 people within the continental United States, while Lyme has received the bare minimum of attention from the same public health authorities even though according to the CDC over 300,000 Americans within the continental U.S. contract Lyme annually, and 10-20 percent of those never recover from it.

These disparities have been discussed elsewhere and by others, but presenting this argument within the big picture of pandemic climate change and epidemic Lyme disease helps to illustrate the senseless disregard for the disease.

American people concerned about their wellbeing (and especially the wellbeing of their children and grandchildren, who likely spend more time outdoors and therefore exposed to ticks and insects that carry diseases advanced by climate change) need to understand the health information Pfeiffer delivers in this book.

American public health officials and elected officials need to understand the public health and economic impacts of Lyme disease and climate change that Pfeiffer delivers in this book.

On their own, the personal and public health and economic impacts of Lyme disease and climate change are great. Together, each of these is making the dangers of the other exponentially greater.

This is the sort of book that book clubs should be discussing. It’s educational. It conveys information that the news media by and large have chosen to ignore in favor of political intrigue and celebrity gossip–yet it affects our well being so much more than either, in both the immediate term and the long term.