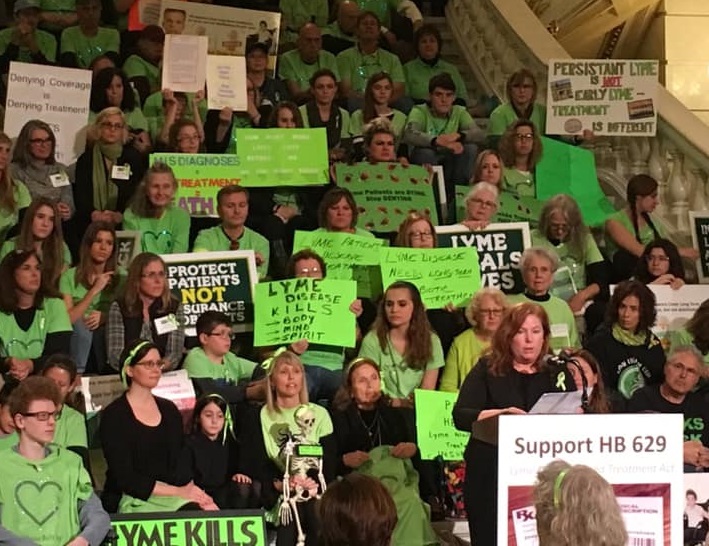 Lyme patients and their advocates rallied at the Pennsylvania State Capitol on Tuesday, calling for passage of a Lyme disease insurance bill.

The measure, House Bill 629, has already passed the House. It currently sits in the Senate Banking and Insurance Committee.

It would require insurers to cover treatment plans for Lyme disease and other tick-borne illnesses, including when the doctor calls for long-term antibiotics.

“My own son had treatments that cost $5,000, $10,000 per treatment for the consequence of not treating it earlier. So insurance can really win if they figure this out,” said Julia Wagner, president of the Pennsylvania Lyme Resource Network, told a reporter.

For the last seven years, Pennsylvania has ranked highest in the nation for confirmed cases of Lyme disease.

Here are photos posted to Facebook by the PA Lyme Resource Network: 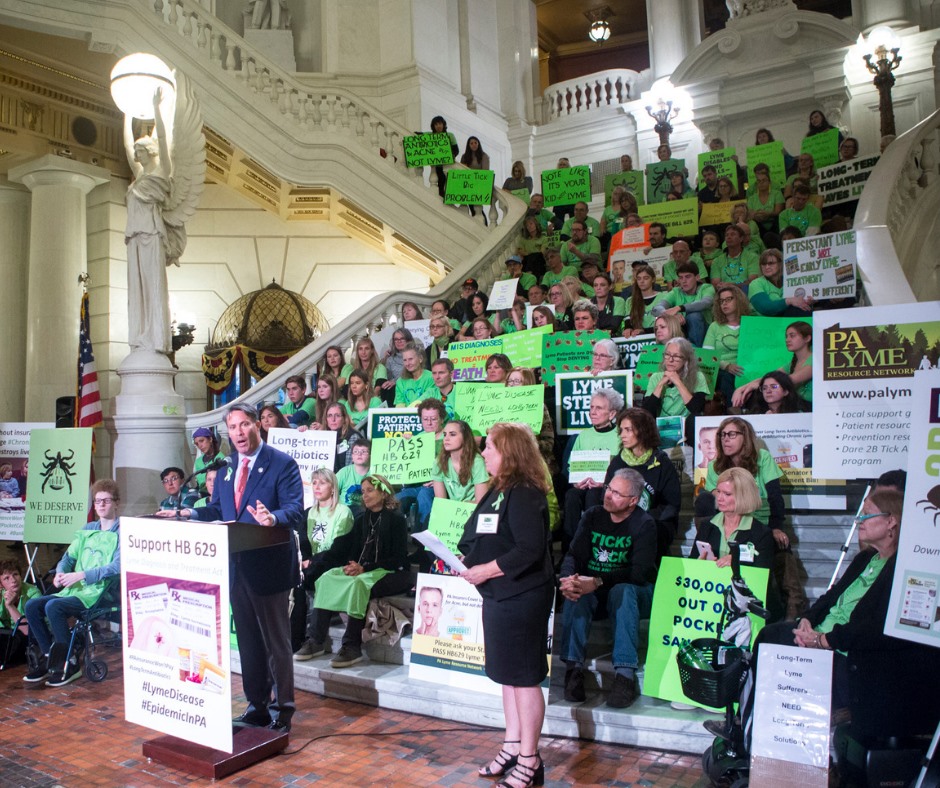 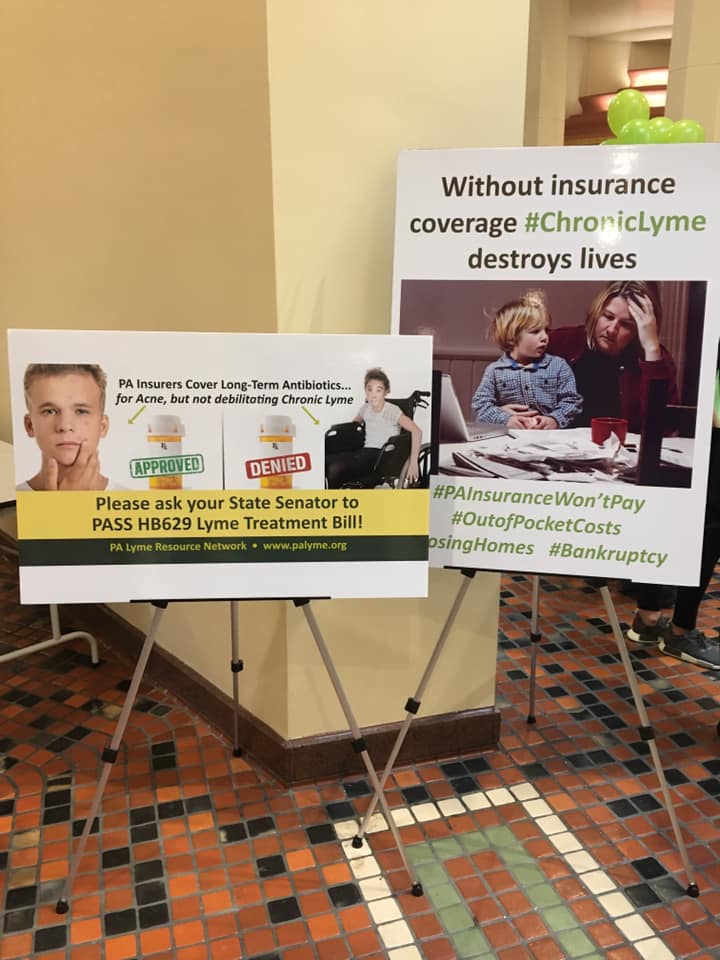 Examples of displays at rally for passage of Lyme insurance bill.