LYME SCI: A test to find many infections at once is on the horizon 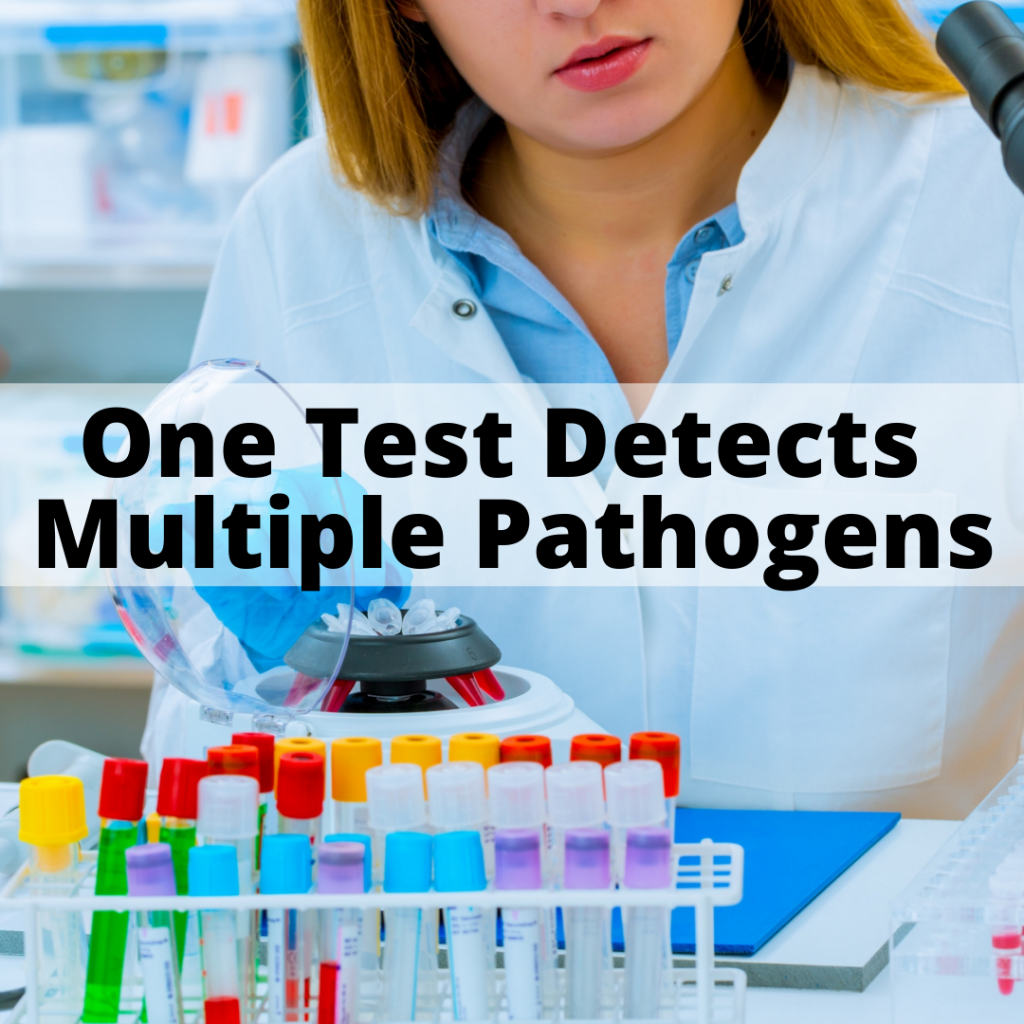 What if you had access to a single test that could detect 3 different kinds of vector-borne bacteria all at the same time?  Well, it looks like researchers out of North Carolina State University and Galaxy Labs have done just that.

Research led by Ricardo Maggi, Ed Breitschwerdt, and colleagues has led to the development of a new test utilizing a multiplex droplet digital PCR “BBB ddPCR” that can simultaneously detect the three B’s—Babesia, Bartonella and Borrelia from both the Lyme and relapsing fever complex. (Maggi et al., 2021)

Once this combined test is clinically validated and available for clinical use, it will lead to improved diagnostics for patients with Lyme and other vector-borne diseases.

Humans and animals are greatly affected by tick-borne diseases. Currently, 75% of all vector-borne disease cases reported in the U.S. are caused by ticks. And 82% of the tick-borne cases are due to Lyme disease. (Rosenberg et al., 2018)

Despite recent advancements for diagnostic testing for other illnesses, the CDC continues to recommend tests for Lyme and other tick-borne diseases that were designed more than three decades ago—and fall way short of what’s needed.

For example, the CDC-endorsed two-tier test for Lyme disease predates a full understanding of the immune response to Lyme disease. It has several technical limitations, including the inability to differentiate between active infection, past infection, and reinfection. (Branda et al., 2018; Schutzer et al., 2019)

“The ability to co-amplify multiple vector-borne pathogens within a single sample with high sensitivity will greatly enhance the efficiency and efficacy of clinical diagnostic testing, particularly of volume-limited or otherwise hard to obtain sample matrices,” the authors state.

New diagnostic approaches have been effectively applied to diseases such as Zika. And COVID-19, a disease discovered less than two years ago, already has better diagnostic tools available to it than tick-borne infections identified nearly a century ago.

Importantly, serology testing for COVID was deemed unreliable and unsuitable for diagnosis, yet serology remains the diagnostic standard of care for tick-borne diseases. (Serology tests look for antibodies in blood serum.)

All tick-borne diseases face major hurdles that prevent accurate early diagnosis and treatment. Serology as a diagnostic standard of care is problematic for all infections, but is especially problematic for immune-evasive, low-abundance infections.

For this reason, many experienced Lyme and tick-borne disease practitioners will recommend a combination of both direct and indirect tests, or a series of tests to confirm a diagnosis.

Both direct and indirect detection techniques have their strengths and weaknesses. For example, the most common tests for Lyme disease, the ELISA and Western blot, both  look for antibodies generated as the immune system tries to fight the infection.

Immunocompromised patients who do not mount a proper immune response, or those who receive early treatment may not develop detectable antibodies.

In addition, intracellular, low-yield and stealth pathogens like Borrelia and Bartonella are notoriously difficult to find by direct detection techniques like PCR.

The main reason for this is that little DNA from “low abundance” pathogens is found in blood. If there’s not enough DNA in the blood sample, standard PCR  cannot detect it.

Because of this, blood has not been the preferred sample type for detecting Borrelia burgdorferi DNA by PCR. However, PCR has had more success detecting the relapsing fever species of Borrelia, due to the higher levels of spirochetes in the blood. Conventional PCR, however, can be useful for the detection of Borrelia DNA from skin biopsies of Lyme-associated rashes, the fluid or tissue from joints (synovial fluid and synovium.)

They recently published a paper explaining how their “BAPGM enrichment” along with the ddPCR improves upon the standard qPCR for Bartonella. (Maggi et al., 2020)

The proprietary BAPGM™ liquid culture increases the number of bacteria in a blood sample, allowing easier detection by PCR. With the “ddPCR, instead of running one PCR on one sample, the extracted DNA gets generated into 10,000-20,000 droplets. We then run a PCR reaction on each droplet,” explains Amanda Elam, PhD. “Bartonella ddPCR alone is incredible, increasing sensitivity about 10 times over standard PCR.”

The new assay, called the “multiplex BBB ddPCR,” detected DNA from 24 species of Babesia, 31 Bartonella species, and 13 Borrelia species (from the Lyme disease, relapsing fever, and cluster of Borrelia associated with reptiles).

As Amanda Elam, Phd, CEO & Co-founder of Galaxy Labs, explained during this year’s Invisible International conference, the development process for commercializing a new test, from prototype to clinical validation to FDA approval, can take 5-10 years.

Elam says it may be another two years before the multiplex BBB ddPCR test is available to the public. She anticipates the individual ddPCR tests for Bartonella, Babesia and Borrelia will be available sooner.

The researchers state they have future plans to add other vector-borne organisms such as Anaplasma, Ehrlichia, and Rickettsia species to the existing multiplex ddPCR platform. In my opinion, a single assay able to detect multiple species of the most common tick-borne diseases would have profound effects on both animal and human medicine.

Patients who receive early diagnosis and prompt treatment for tick-borne diseases tend to get better. But what about the huge percentage of patients who are not diagnosed quickly? In fact, fewer than 12% of the 14,000+ patients in LymeDisease.org’s patient-led research project, MyLymeData, received a diagnosis within the first month after the tick bite. (Johnson, 2019)

A delayed diagnosis is critical to understanding why so many patients are left with debilitating symptoms after standard treatment for Lyme. (Fallon et al., 2008; Fallon et al., 2012) During the months to years that patients suffer without a diagnosis, the untreated infection spreads throughout the body, embedding itself deeply into connective tissues where standard antibiotics have a hard time reaching. (Cabello et al., 2017; Caskey, Embers, 2015; Embers et al., 2012; Gadila et al., 2021)

One study demonstrated that delaying treatment by as little as 9-19 days is predictive of persistent Lyme symptoms. (Bouquet et al., 2016) During this time, infection can spread to the organs, brain, bone marrow, and heart. (Coughlin et al., 2018; Novak et al., 2019)

Here’s what we need

We currently need better diagnostic tools for all tick-borne diseases including:

I’ve written about several other types of advanced diagnostics on the horizon. I look forward to seeing promising tests like these become more widely available.