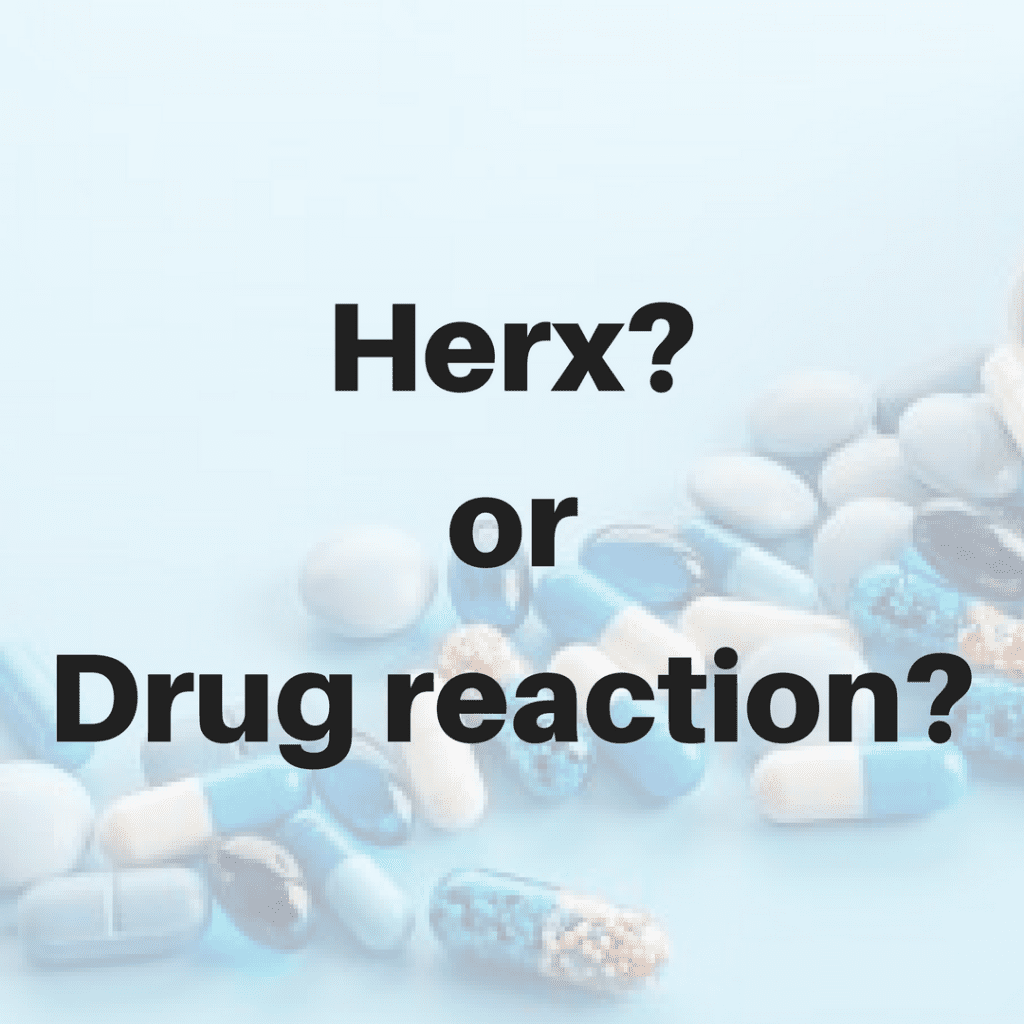 Lyme disease and tick-borne diseases are complicated illnesses and because of that, treatment can be complex. Patients who’ve gone through treatment will often say “your symptoms get worse before they get better.” One of the reasons for this is something called a Jarisch-Herxheimer reaction.

The Jarisch-Herxheimer reaction –often shortened just to “Herxheimer” or “herxing”—happens after you start antibiotic treatment for spirochetal infections like syphilis, Lyme disease, and tick-borne relapsing-fever.

The reaction was first described in 1895 by Adolf Jarisch, an Austrian dermatologist, and later in 1902 by Karl Herxheimer, a German dermatologist. Both doctors documented a pattern of an increase in symptoms shortly after their syphilis patients started treatment.

In his book “How Can I Get Better?” Dr. Richard Horowitz describes the Jarisch-Herxheimer (JH) flare as a “temporary worsening of the symptoms of Lyme disease that occurs when the Lyme spirochete is being killed off by antibiotics, creating inflammation…These JH reactions produce cytokines (TNF-alpha, IL-6, and IL-8), which then create inflammatory symptoms, including increased fever, muscle and joint pain, headaches, cognitive impairment, and a general worsening of the underlying symptomology.”

To promote healing, the inflammatory cytokines and the dying bacteria need to be cleared from the body. When the body can’t clear these toxins from the blood stream fast enough, it results in an acid imbalance that then impairs the enzymes needed to maintain a normal pH (balance of acidity to alkalinity). The more spirochetes that die, the stronger the reaction will be.

Ideally, the faster people can clear dead bacteria from their bodies, the sooner they will feel better. This clearing or detoxifying process is commonly known as “detox” with Lyme patients.

The onset for a Lyme herx is generally 48-72 hours after initiating antibiotics and can last for weeks, unlike with syphilis, which begins within hours and is usually complete within days.

According to Dr. Joseph Burrascano, Jr., for patients who have chronic or late-stage Lyme, the worst reaction is typically around the fourth week of treatment, very similar to “serum sickness” where one will have a reduction in white blood cells (leucopenia) and an increase in liver enzymes. A strong reaction at week four indicates ongoing infection.

How do you know if it’s a herx and not an adverse drug reaction?

It is important to distinguish between a herx and an adverse drug reaction (ADR). The onset of a Herxheimer reaction is somewhat diagnostic of a spirochetal infection. So, if you’re being treated for Lyme based on a clinical diagnosis, the herx can actually be a good sign that you are killing the right bacteria.

I’ve talked to patients who’ve had Herxheimer reactions and almost all of them tell me it is a very intense experience. One patient described it as an “altered state.” Said one: “Every cell in my body feels like it’s being crippled. It’s mentally overwhelming and physically exhausting. I usually have a pulsing feeling in my body which distinguishes it from a medication side effect.”

Adverse drug reactions, on the other hand, can range from mild to severe and can be mistaken for a herx. So how do you tell the difference?

Another patient distinguishes the two reactions as follows: “Herxes for me seem to be more ‘all over’ and include psych symptoms. Drug reactions (not allergic) seem to be more in line with what is described in the drug manufacturers papers. With antimicrobials, you can have both simultaneously, of course.”

Mild ADRs will typically resolve shortly after the medication is stopped. On the other hand, a severe allergic reaction, called anaphylaxis, causes swelling of the airways, and can be fatal if not treated immediately (outlined below). 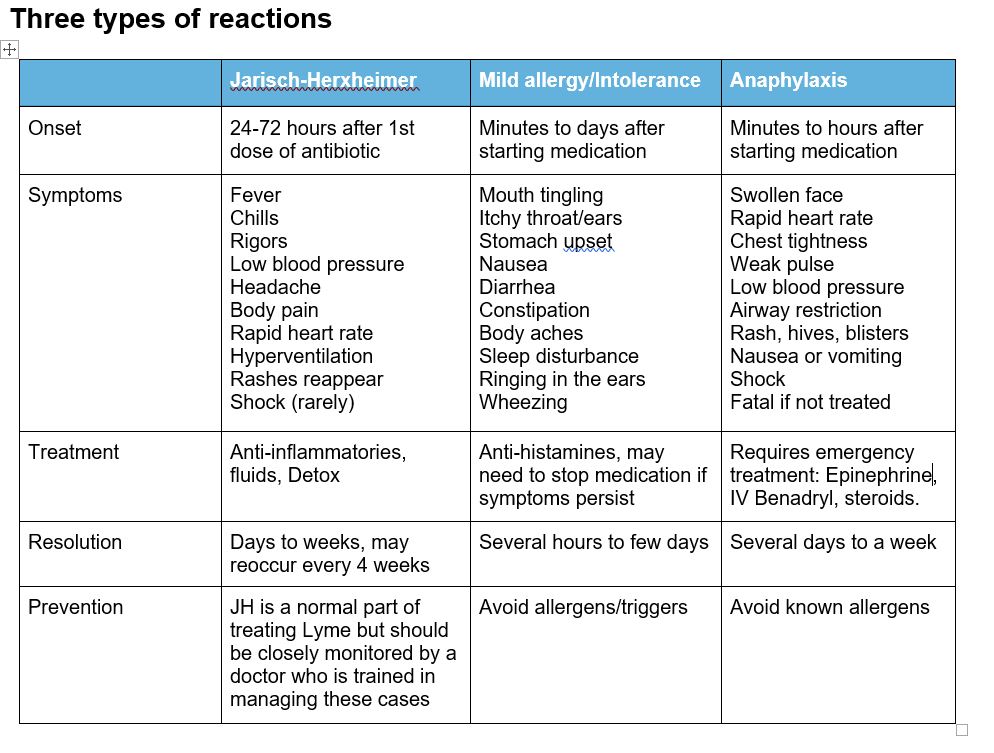 The Herxheimer reaction is a normal part of treatment for late stage or chronic Lyme disease, but it is important to make it tolerable. A few methods one can utilize to reduce the flare are described below. In rare instances, a severe herx can be life threatening. I advise going to the nearest Emergency Room if you are experiencing extreme symptoms.

It is important that all adverse reactions be communicated to your doctor immediately.  I recommend keeping a daily symptom diary, especially when changing medications. Be sure to note daily body temperature at the same time, any new symptoms, or worsening of existing symptoms. If a reaction continues beyond the expected frame of herxing, then drug sensitivity or  other side effects should be considered.

I have also seen patients improve with Lymph drainage massage done by a licensed massage therapist or Physical Therapist who is trained in this technique and gentle water aerobics or aqua therapy. 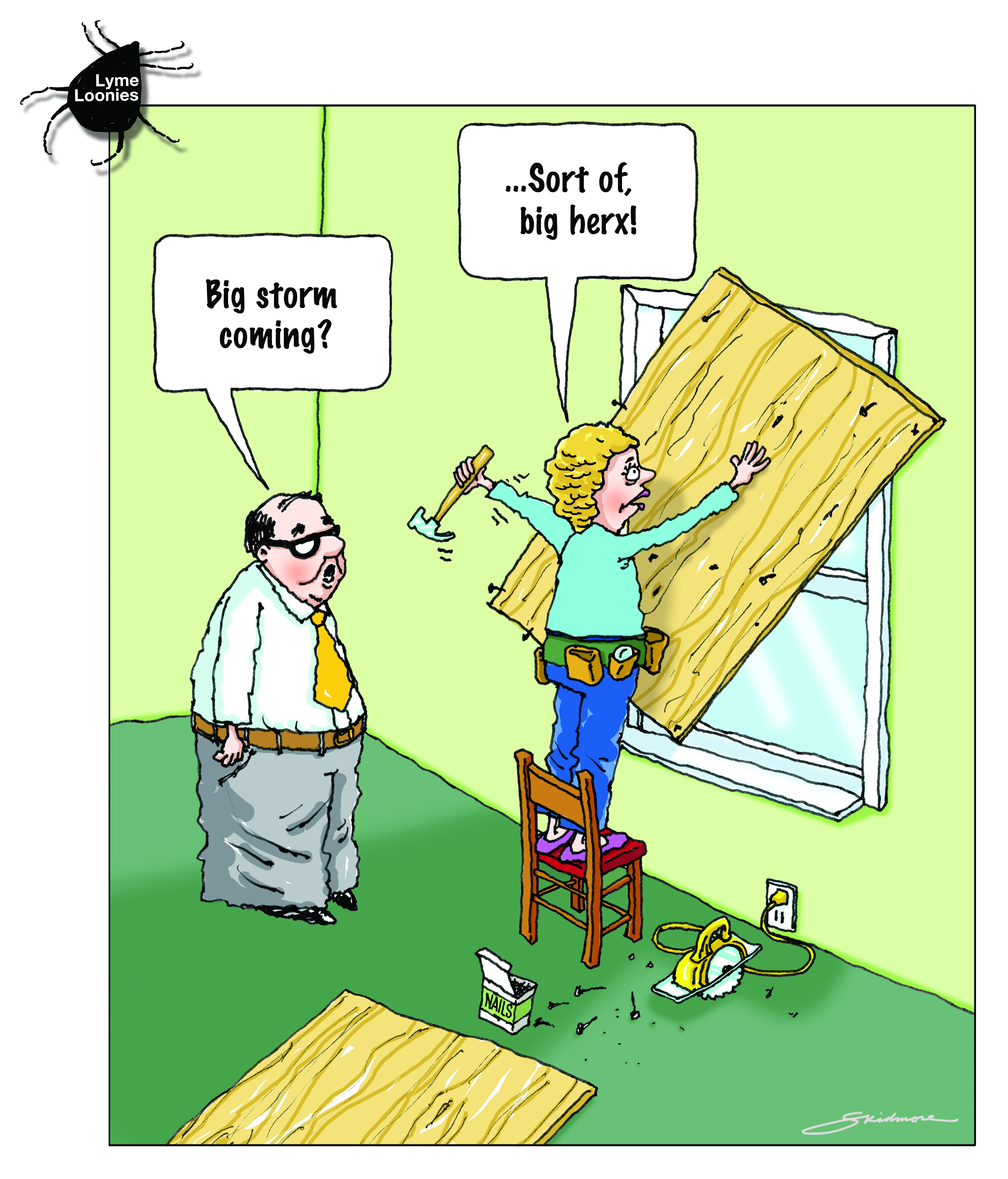 How Can I Get Better? An Action Plan for TREATING RESISTANT LYME & CHRONIC DISEASE. Richard I. Horowitz, MD.