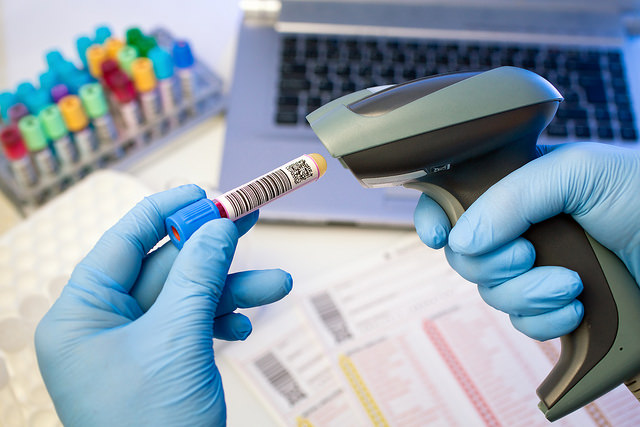 Tests can be helpful not only to diagnose a disease, but also to manage an illness. A good test can help a doctor assess the severity of disease, estimate the patient’s prognosis, monitor the course of disease progression, stability or resolution, detect relapse, and select drugs or adjust therapy.  Unfortunately, no test with this capability exists for Lyme disease.

The Centers for Disease Control recommends two-tiered antibody testing for Lyme disease. The first step is an ELISA test. If positive, it is followed up with a Western blot. The CDC recommends two-tiered tests for HIV/AIDS as well. However, the AIDS two-tiered tests have a sensitivity of 99.5%, meaning that they catch nearly every case. Unfortunately, in Lyme disease the two-tiered approach has a sensitivity of less than 50%, meaning that it misses more than half of the cases. 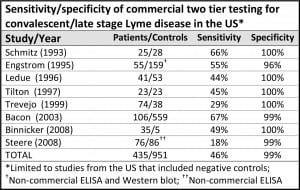 There are a number of reasons for the difference. The most important one is that the current ELISA tests are not sensitive enough for screening. Studies by the College of American Pathologists (CAP) concluded that the currently available ELISA tests for Lyme do not have adequate sensitivity to meet the two-tiered approach recommended by the CDC for surveillance.

In his research, Dr. Sam Donta has observed that 52% of patients with chronic Lyme disease are found negative by ELISA but positive by Western blot. This corresponds with the published findings of LymeDisease.org’s survey of over 5,000 patients with chronic Lyme disease. The survey found that 30% of patients were diagnosed by two-tiered serology and 24% were diagnosed by Western blot alone.

After years of patient complaints regarding the two-tiered testing system, the Council of State and Territorial Epidemiologists revised the CDC surveillance system to permit stand-alone Western blots. However, according to CDC representative Paul Mead’s recent remarks on testing, the agency still endorses two-tiered testing for Lyme. But even Western blots have their challenges.

The CDC acknowledges that laboratory tests in early Lyme disease, before antibodies are developed by the patient, are very unreliable. However, the CDC contends that in late Lyme disease, the two-tiered testing is 100% sensitive.  But it bases this claim on a study   of exactly 11 patients with late neurologic Lyme disease.  And, get this, in order to enroll in the study, the patients had to first test positive.  So everyone who tested positive to get in the study then tested positive again. (That, by the way, is called circular reasoning.)

We need a little less rhetoric from the CDC and a lot more emphasis on improving testing so that sick patients can get better.