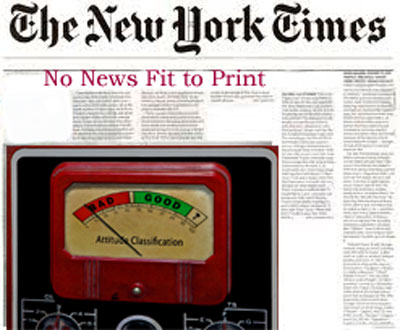 The New York Times article “New Infection, Not Relapse, Brings Back Lyme Symptoms, Study Says” published on November 14 sounds like it is about a study about the cause of chronic Lyme disease. But it’s not. None of the patients in this small sample (17) had chronic Lyme disease. Nor was this a study about the persistent cognitive impairment, pain, and fatigue symptoms of chronic Lyme that force 25% of chronic Lyme patients onto disability. The study looked at people diagnosed with an EM rash, promptly treated, and restored to health, who over a 10year period, developed another EM rash and required treatment. Hardly, surprising in an endemic area, like New York and certainly not “big news.” Also not disputed is that most (not all, but most) patients diagnosed on EM can be successfully treated. But a study of patients with EM or recurring EM is not a study of patients with chronic Lyme disease. And you cannot compare apples to oranges in a study like this. Patients were justifiably outraged when the NY Times said the study challenged the notion the Lyme disease can become a chronic illness.

Some patients and physicians wrote letters to the editor of the Times about the article.  One letter by Peter Wild, Executive Director of Lyme Research Alliance, was published. This is great, but, hey, it is not enough to undo the wrong done to patients and their treating physicians.  Not nearly enough actually.  The Times limits responses to 125 words, which pales in comparison to the 700 word article. The Times  also decided to allow just one letter to respond.

Although copyright restrictions constrain me from reprinting Peter Wild’s letter (it is available online), I am including below letters from others, including my own, that the Times chose not to print.

Ms. Denise Grady’s article on Lyme disease compares apples to oranges when she says that Lyme symptoms are not caused by relapse.  The Nadelman study examined patients diagnosed and treated early for EM rash, 15% (17 patients) of whom apparently became re-infected over the course of 15 years in an endemic area. It did not study patients with chronic Lyme disease or the cause of chronic Lyme symptoms. In our survey of over 4,500 patients with chronic Lyme, 73% were not diagnosed within a year, 65% had cut back or quit school or work and 25% had been on disability. (Johnson et al Health Policy 2011.) Chronic Lyme patients report debilitating symptoms that persist over years and impair their quality of life despite short term treatment. By conflating early and chronic Lyme, the article misrepresents the scope of the study and discounts the seriousness of chronic Lyme.

It is a very interesting study of differing strains in the EM rash of 17 patients and it might be representative of all people who have a recurrent rash. I do believe this study should have been larger to prove that.

What I find disturbing is that it is a far stretch to generalize that as proof about patients with on going or recurrent symptoms.  “… Recurrent Lyme Disease” as their title suggests. While I thank you for your coverage, research covered only patients with a recurrent EM rash NOT with chronic ongoing symptoms. It is dangerous that you do not understand the difference.

Ms. Denise Grady presented a one sided, biased perspective equating early Lyme disease with patients having  chronic symptoms caused by Lyme disease.  The Nadelman study [1]  focuses only on patients with acute Lyme disease as defined by the characteristic EM [Erythema Migrans] rash. These patients were diagnosed and treated promptly.  The appropriate conclusion to be made from this study is that the majority of individuals quickly identified and quickly treated for Lyme disease may over time again contract early Lyme disease if they continue to live in endemic areas. However, it is inappropriate for Ms. Grady to suggest that in all cases of Lyme disease “repeat symptoms are from new infections, not from relapses.”

Taking their cue from Allen Steere’s editorial, The Times exaggerates the significance of the Nadelman study. While it’s interesting – and not surprising – to learn that 17 people with erythema migrans have apparently acquired them through new tick bites, Steere takes a giant leap when he attempts to argue on the basis of this small study that chronic Lyme is not caused by persistent infection. The Times jumps right along with him.

This small study proves nothing at all about chronic Lyme disease and proves very little else that is new. . . .Discussions on the arcane details of spirochetal diversity are interesting, but we should be talking about the people who are not diagnosed and treated early, and who develop serious, chronic symptoms. Let’s get on with the search for a cure, and spend less time trying to defend the indefensible.

How could the NY Times get it so wrong?  Did their  reporter  not even bother to read the study?  My guess is  she didn’t. Simple fact checking by reading the study should have raised serious questions for the author.  Instead, she appears to have read and accepted a biased opinion piece that accompanied the study by Dr. Steere, one of the authors of the controversial  IDSA Lyme treatment guidelines. And, apparently did not bother to question  his bias or solicit other viewpoints.  The opposite of fair and balanced.   It’s also the opposite of the Times slogan “all the news that’s fit to print.”