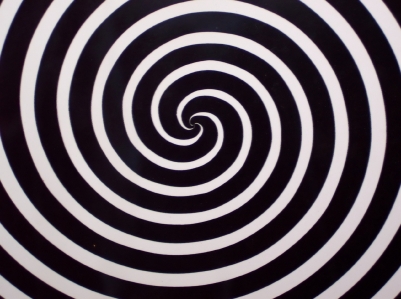 Today a widely anticipated clinical trial on chronic Lyme disease from Europe called PLEASE was published in the New England Journal of Medicine (NEJM).  The press has given the trial a twenty trumpet salute with a MedPage headline reading “Long-Term Antibiotics Fail Again in Lyme Disease–Focus on Lyme and antibiotics for persistent symptoms called unhelpful.”  Here’s the thing—the findings of the study actually support retreatment.  What gives?

This study found that all patient groups improved with IV Rocephin/ceftriaxone and there were very few serious adverse events associated with treatment. So how can the authors or the press spin this trial as a treatment failure.  It’s all in how you define success.

Here are the key points:

Other important points to note:

The fact is that all of the patient groups received IV Rocephin and all groups had clinically important improvement.  Shouldn’t that be the headline?

I hate to say the authors were mealy mouthed in their analysis, but let me provide their quotes and a translation free of spin:

At the 14-week visit at the end of the treatment period, the mean SF-36 physical component summary score had improved significantly from baseline regardless of the study group assignment, but quality of life remained below that of the general population.

This means that patients improved (actually significantly) but were not yet well.  This will not surprise Lyme patients—

Whether improvement in the SF-36 physical component summary score at the end of the treatment period is a beneficial effect of shorter term antibiotic therapy or a nonspecific effect caused by the low level of baseline functioning, expectations associated with treatment, or placebo effects remains unclear, because all the patients had received 2 weeks of open-label antibiotics before entering into the longer-term randomized study-drug or placebo phase.

This means all groups received IV Rocephin and all groups had significant improvement.  The study did not include a placebo-only group by design.  (Yet, to prove cause and effect, trials need to have some patients who do not receive any treatment or who are given just placebo.) But this does not mean that treatment with Rocephin did not result in improvement.  It just means they didn’t have a true placebo group.

For those who want the historic context for this article, in 2001 the NEJM first published a study by Klempner that has been used to deny Lyme patients treatment for the past 15 years. That study also was published to fanfare, with headlines reading “Chronic Lyme Disease Symptoms Not Helped by Intensive Antibiotic Treatment”.  A later critique of the Klempner trial pointed to the premature termination of the trial before reaching full recruitment. The critique by DeLong and colleagues found that the measure of success (7-9 points of improvement on the SF-36) was far too high a mark to set for success. (Note in the PLEASE study, success was set at 3 points based on a pilot study of the minimal clinical improvement unit.) Klempner (who sat on the NEJM editorial board  as recently as 2012)  is believed to have helped grease the skids for this publication–a  study that pays homage to his previous work.

The LYME POLICY WONK blog is written by Lorraine Johnson, JD, MBA, who is the Chief Executive Officer of LymeDisease.org. You can contact her at lbjohnson@lymedisease.org. On Twitter, follow her @lymepolicywonk.  If you have not signed up for our patient centered big data project, MyLymeData, please register now.