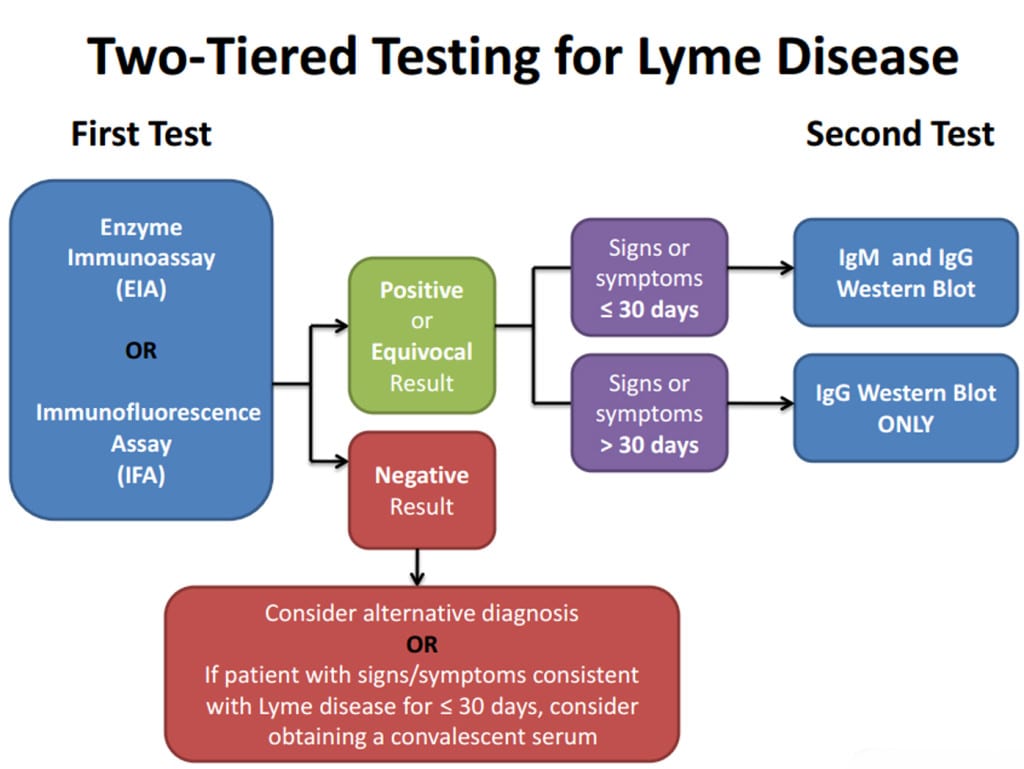 Dr. Paul Mead of the Centers for Diseases Control and Prevention (CDC) recently stated in the Wall Street Journal that the CDC’s recommended two-step process (which requires a positive ELISA test before a Western blot can be given) is accurate and was developed specifically to aid diagnosis of Lyme disease. A stunning assertion given that it directly conflicts with Dr. Mead’s previous testimony before the Connecticut Department of Public Health and the Attorney General’s office. It is also at odds with the CDC case definition for Lyme disease, which recognizes the validity of a stand-alone Western blot. This turnaround, coupled with LabCorp’s recent decision to abandon a stand-alone Western blot, has patients up in arms. And, rightly so.

Over the years,  Lyme advocacy organizations have raised concerns to the CDC that doctors were relying on the CDC surveillance case definition to diagnose Lyme disease and, consequently, were missing far too many cases. Whenever we asked the CDC to change this definition, we were told two things by CDC officials. One – the surveillance definition was never intended for diagnosis. Two – they could not change the surveillance definition even if they wanted to since it was determined by an independent third party over whom the CDC has no control, the Council for State and Territorial Epidemiologists (CSTE). Dr. Mead himself spoke eloquently about the difference between Lyme surveillance and diagnosis at the hearing of the Connecticut Attorney General in 2004:

“A clinical diagnosis is made for the purpose of treating an individual patient and should consider the many details associated with that patient’s illness.Surveillance case definitions are created for the purpose of standardization, not patient care; they exist so that health officials can reasonably compare the number and distribution of “cases” over space and time. Whereas physicians appropriately err on the side of over-diagnosis, thereby assuring they don’t miss a case, surveillance case definitions appropriately err on the side of specificity, thereby assuring that they do not inadvertently capture illnesses due to other conditions….

I suppose Dr. Mead could choose to split hairs by claiming surveillance is not the same as diagnostic tests. If so, this would be the first time the CDC has split this particular hair. It is also odd because in 2008 and after years of complaints by patients about the misuse of Lyme disease surveillance case definitions for diagnosis, the CSTE revised the case definition so that stand-alone IgG Western blot tests would meet surveillance criteria. Both are now characterized as “qualified laboratory assays.”

For the purposes of surveillance, the definition of a qualified laboratory assay is

So why the indignant back peddling? This could be as amusing as an episode of Jon Stewart, where he reminds public figures that their actions are recorded on film or in public hearings or even in their own case definition. So funny—except we are talking about patients’ lives.

I wish Dr. Mead would reread his interview with NPR in 2013, where he claims that the CDC recognizes chronic Lyme disease as a real problem:

“The question is whether it’s due to persistent infection or some immunologic effect, and what’s the best way of treating it . . . It confirms what we’ve thought for a long time: This is a large problem. The bottom line is that by defining how big the problem is we make it easier for everyone to figure out what kind of resources we have to use to address it.”

Yeah, about those resources … in their July 2014 newsletter LabCorp announced they will no longer run standalone Western blots. The rumor is the change came about after strong-arm tactics by the CDC. Is it only a rumor? Lyme disease is a serious threat to public health, and making it harder to diagnose makes the problem worse. Let’s direct our efforts toward prompt, correct diagnosis and appropriate treatment. The CDC’s blatant rewrite of history only serves to increase public distrust of a government agency that is supposed to be transparent, respectful, and serve the taxpayers they supposedly work for.