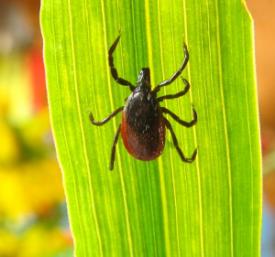 Rodale.com looks at how tick-borne infections can cause psychiatric symptoms that often go untreated.

Off-the-Charts Anxiety: Is a Tick Bite Making You Nuts?

Some cause psychiatric symptoms that often go untreated, some experts say.

RODALE NEWS, EMMAUS, PA—Finding an engorged, blood-sucking tick attached to your skin can cause anxiety in and of itself. After all, Lyme disease, an infection that causes multi-systemic, waxing-and-waning symptoms, and a disease that isn’t always detected or effectively treated early on, is on the rise. But researchers are starting to realize that, although getting bitten may be stressful, tick-borne infections could actually trigger panic attacks and other psychiatric disorders in some people.

THE DETAILS: “After treating thousands of patients with tick-borne disease in the past 20 years, it appears psychiatric symptoms are more commonly seen when there is a co-infection,” explains psychiatrist Robert Bransfield, MD, president of the International Lyme and Associated Diseases Society (ILADS) and vice president of the New Jersey Psychiatric Association. Co-infections (when a tick passes along more than one disease) most often involve Lyme, babesiosis, a malaria-like infection that can cause fever, night sweats, and anemia; and bartonella (cat scratch fever), a bacterial infection that causes fever, headache, and raised skin rashes. Co-infections are most often culprits in tick-related panic attacks and anxiety, and these multiple infections from tick bites are quite common, occurring in an estimated 30 percent of cases.