"Lyme awareness" must include "self-awareness" 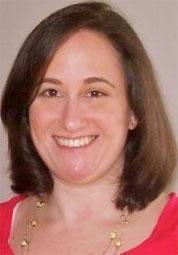 Guest blogger Jennifer Crystal reflects on how “erring on the side of hope and faith” can get in the way of an accurate diagnosis.

Yesterday a friend called to tell me she’s been feeling “sick tired” for awhile. She knew I would understand what it meant to wake up exhausted and drag through the day. She knew I would not tell her to drink a cup of coffee or just get herself up and going. She told me that my story had inspired her to seek answers, because I am an advocate for my own health. What she didn’t know is that wasn’t always the case.

My friend said, “I’ve been tired for so long, but all those months I kept telling myself I was rounding the corner and starting to feel a little better. I see now that was idealism to a fault.”

To my friend’s surprise, I told her that I, too, had trod that fine line between idealism and realism, often erring on the side of hope and faith. Yes, erring. After being diagnosed with Epstein-Barr virus in 2003 and being virtually bedridden for two years, I felt I had to stay positive; I had to say things like, “Well I slept for four days, but I drove myself to the post office today, how about that?” My Pollyanna-like attitude didn’t allow me to deal fully with the situation at hand. I was so intent on believing that the herbal supplements, acupuncture and dietary changes I was using to combat Epstein-Barr were working, despite constant setbacks, that I didn’t consider whether something else was also going on. I fought so hard to get people to believe me—to explain that Epstein-Barr caused relapsing fatigue and the recovery was not steady—that I wasn’t willing to look beyond that diagnosis.

Then one morning, I decided to blow dry my hair, something I rarely did. Holding my arms up over my head to shake the hairdryer was painful, and I would usually get exhausted, rip the plug out of the wall, and throw the dryer under the sink in a cranky fit. My hair would hang partially dry and straight in the front, the back a wet, curly mess.

Perhaps I had a spurt of energy that morning. Maybe I was going to lunch with a friend and wanted my hair to look normal, not pulled back in the usual messy bun that made my head look like an egg. Maybe I was cold.

Or maybe the universe was tired of me just accepting a diagnosis that was only partially accurate.

Whatever the reason, the signs that day were large and clear: circular red rashes on both elbows, which I never would have seen in the mirror had I not raised my arms to blow dry my hair.

Nevertheless, I’d become accustomed to brushing off my symptoms, a defense mechanism against doctors who did the same. “Maybe I was just leaning on my elbows too hard and it left a mark,” I suggested to my naturopathic physician at an appointment a few days later.

He shook his head. “I think you should be tested for Lyme disease.”

“I’ve been tested for Lyme,” I replied. “It’s just another test that will come back negative. I’m tired of being poked and prodded for nothing.”

The doctor explained that the classic bull’s-eye rash of Lyme disease, called Erythema Migrans or EM, can manifest months or even years after a tick bite, in various locations of the body. He also told me about the inaccuracy of many Lyme tests, saying that I easily could have gotten a false negative.

“Look, I’ve been treating you for two years,” he said. “If it were only Epstein-Barr, you’d be getting better. I’m starting to suspect an underlying infection and I think you should see a Lyme specialist.”

That naturopathic physician was one of the rare doctors whose hubris didn’t get in the way of honoring the Hippocratic Oath. He knew I had something that was outside of his scope of care. When he couldn’t solve it, he sent me to someone who could. Weeks later, an LLMD did specialized blood work, concluding that not only did I have CDC-positive Lyme disease, but also a number of tick-borne co-infections. Along with chronic Epstein-Barr virus. I realized then that looking beyond Epstein-Barr didn’t mean that diagnosis was invalid; it simply meant that a deeper, underlying issue was preventing my body from fighting that virus.

Today all of my illnesses—Epstein-Barr, Lyme, ehrlichia, bartonella and babesia—are in remission. Had I not seen the rashes, had I not listened to my naturopathic physician, had I not looked further than my initial diagnosis, I might still be bedridden.

May is Lyme disease awareness month, a time when we increase our efforts to educate physicians and the general public about tick-borne illnesses. Perhaps we should take a broader view of “awareness,” to include being aware of what is going on in our own bodies. Being aware of whether or not our treatments are working. Being aware of our attitudes, checking whether they are helping or hindering our journeys to health. Being aware that the answers we have may not complete the full picture, and that sometimes, we need to insist that our doctors look a bit further.

Before we hung up the phone last night, my friend told me that she intends to be her own best advocate in her quest to determine the cause(s) of her fatigue. She’s already been given one diagnosis, but senses it is not the sole cause of her exhaustion. I am confident that her awareness of her symptoms, her attitude, and her desire to get well will lead her to the diagnosis, doctors and treatment that will help her reach her goal. And I hope that patients with Lyme or any other persistent illness will similarly heighten their awareness, not just this month but for life.

Lyme survivor Jennifer Crystal, MFA, is a writer and health care advocate in Boston. Her website is www.jennifercrystal.com. Email her at jencrystal5678@gmail.com.