TOUCHED BY LYME: A look at Lyme Mexico and plasmapheresis 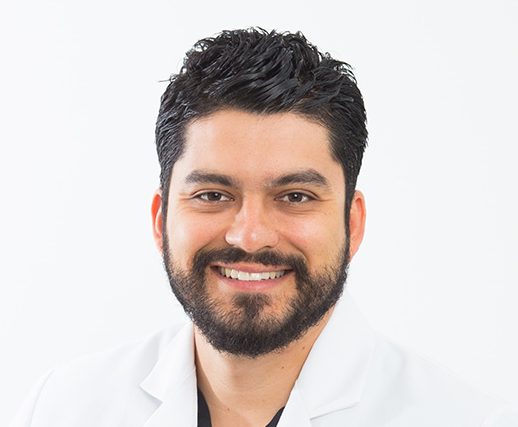 I first heard about Lyme Mexico, Dr. Omar Morales, and plasmapheresis from a friend—a father whose 22-year-old son had been gravely infected with Lyme disease, Babesia, Bartonella and related conditions.

Despite oral, IV and other treatments from top Lyme doctors in the US, the young man’s health worsened by the day.

“My son was overrun with Babesia and Bartonella infections in his blood stream,” the father told me later. “About 90% of his red cells were infected. This level of infection was giving him life-threatening psychiatric and physical symptoms.”

The experts they consulted recommended a procedure called plasmapheresis.

The process filters the blood, removes harmful substances such as overactive cytokines, pro-inflammatory mediators, heavy metals and toxins, and then returns it to the body.

Plasmapheresis is used throughout the United States for a variety of conditions, including Guillain-Barre syndrome and sickle cell disease, but not typically for tick-borne diseases (TBDs).

But, although many US hospitals have the capability of performing this procedure, this family couldn’t find one willing to do it for their son. (I assume this was due to the weird and destructive medical politics that surround Lyme and TBDs in this country. But I digress….)

Who is Dr. Omar Morales?

Finally, they learned about Dr. Morales and his clinic in Puerta Vallarta, Mexico, and took the young man there. He received plasmapheresis and a therapy called red blood exchange over a period of 11 days. According to the father, “By the third treatment, my son was coming back.”

By the final day of treatment, my friend says the young man was better than he had been in years and at that point, really started on his road back to health. The father credits Dr. Morales with saving his son’s life.

Knowing this background, I was eager to hear Dr. Morales’ presentation at the recent ILADS conference in Chicago—and pleased to have some time to chat with him afterwards.

Omar Morales attended college in the United States and medical school at the University of Guadalajara. He also received a second degree in transfusion medicine, which is concerned with blood transfusion and other blood-related issues. He then began working with his father, Dr. Raul Morales, a hematologist and transfusion medicine specialist, in Puerto Vallarta.

The two doctors Morales soon found that more and more of the people who came to them for help were infected with TBDs and related problems.

That led the younger Dr. Morales to start attending ILADS conferences, consulting with diverse TBD specialists and exploring new ways of treating these conditions. This process in turn led him to open the Lyme Mexico clinic.

Four steps to healing from TBDs

In order to restore a patient to health, Morales says it’s important to address TBDs in the following areas:

Depending on the person’s individual needs, Lyme Mexico offers a variety of therapies to accomplish those objectives. These include various forms of apheresis (cleansing the blood and returning to the body), assorted IV treatments (including IVIG), extreme whole-body hyperthermia (which heats the body to create an artificial fever), ozone, and UV light blood irradiation.

Dr. Morales’ presentation this year at ILADS explained dendritic cell vaccines, which are made from the patient’s own cells taken from the blood. When this vaccine is given to the patient, it boosts the immune system by activating white blood cells to kill the selected bacteria.

According to Dr. Morales, dendritic cell therapy re-educates and modulates the immune system. This allows the patient’s own body to eliminate the infection while also re-educating other cells such as B cells (a type of white blood cell) to create more IgG immunoglobulins (an antibody that binds to many kinds of pathogens).

In addition to Lyme disease, his clinic treats other tick-borne infections, parasites, viruses, PANS/PANDAS, and other conditions.

Lyme disease and TBDs in Mexico

Many of the patients who come there are from the US and Canada, though TBDs are problematic in Mexico as well.

According to Dr. Morales, rickettsial diseases (such as Rocky Mountain spotted fever and ehrlichiosis) are the #1 TBD in Mexico. He says different forms of rickettsia have infected as many as 10 million Mexicans so far, versus the almost two million confirmed cases of Borrelia burgdorferi (Lyme).

Unfortunately, Morales says, most Mexican healthcare providers follow the belief that Lyme disease is a simple, self-limiting problem or an easy-to-treat issue.

However, he says that doctors in Mexico are not forced to follow a specific, conventional course of action with unresponsive cases. Thus, he says, “In Mexico, there is some room for experimentation and freedom for physicians to be creative without being harassed.”

Dr. Morales continues to actively pursue research aimed at finding new and more effective treatments for Lyme and other TBDs. He firmly believes that a multidisciplinary and integrative approach is essential.

The father who originally told me about Dr. Morales and Lyme Mexico had another comment to offer.

“Transfusions have risks and are expensive. But in my son’s case, NOT having it done would have killed him. We decided to take the risk and it saved his life.”

Click here for more information about Lyme disease and co-infections.