TOUCHED BY LYME: Lyme information for US military is mission critical 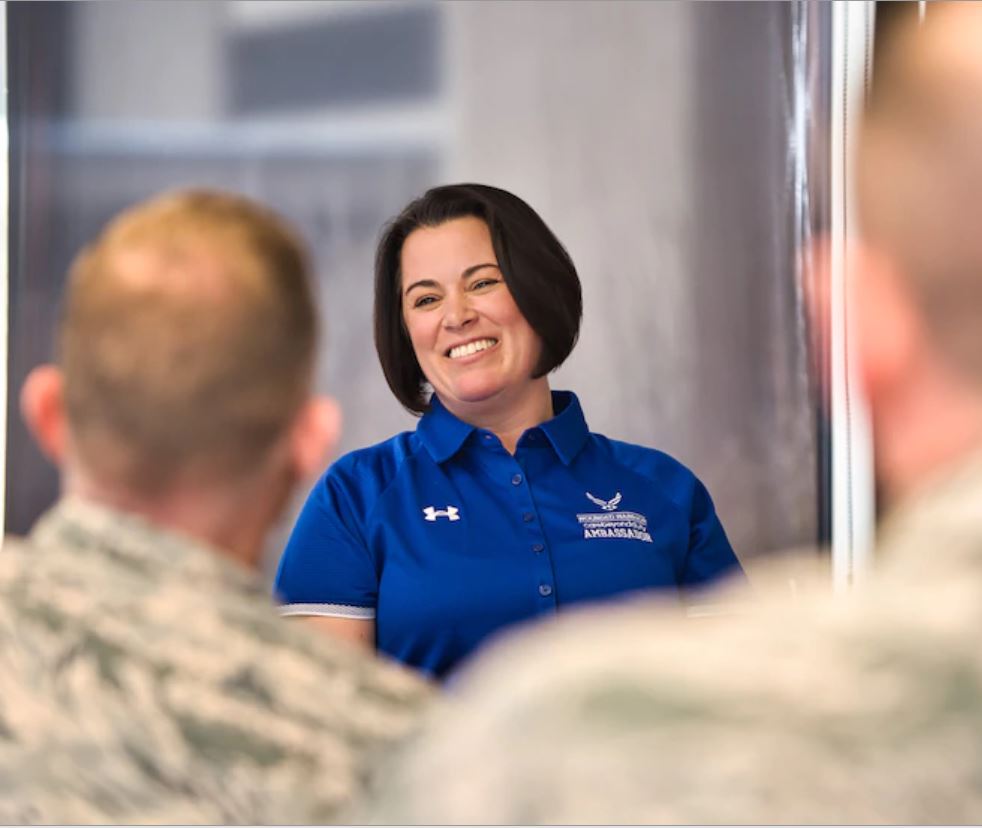 A lengthy article in an official government publication lays out why accurate information about Lyme disease is of high importance to the US military.

It’s titled: The Myths of Lyme Disease: Separating Fact from Fiction for Military Personnel. It’s written by Montgomery McFate, a professor at the US Naval War College.

The publication is Joint Force Quarterly (JFQ), which is geared towards military and national security professionals.

Here are the myths about Lyme disease that the article examines:

It Is Not That Severe: False

It Is Easy to Diagnose: False

It Is Easy to Treat: False

After giving detailed explanations of why each of those myths is detrimental to the military’s interests, the article concludes:

Given the dire health consequences, the poor diagnostic tools, the effects of climate change in increasing tick habitats, and the endemic nature of the disease in geographical areas where the military lives, works, and plays, Lyme should be a serious concern for the entire joint force.

At the moment, unfortunately, the Department of Defense (DOD) has dedicated scant resources to fighting Lyme and associated diseases. As noted above, DOD participates in the U.S. Government Tick-Borne Disease Working Group, and Lyme is one of the congressionally directed medical research programs. However, DOD has dedicated only $900,000 in fiscal year 2020 to supporting basic research on Lyme and other tick-borne diseases.

In terms of Lyme prevention, beginning in 2013, the Army began issuing Army combat uniforms (ACUs) treated with permethrin (an insect repellent), which is an important step in the prevention of tick bites.

However, any comprehensive program to counter tick-borne diseases must also include chemical pest control, testing ticks for pathogens, landscape management, public education, and targeting reservoir hosts such as deer and mice. To date, there is no comprehensive tick-borne disease education and prevention program that targets the entire joint defense enterprise, and there definitely should be.

I encourage you all to read the full article here.

Note: the photo accompanying this post shows Air Force Colonel Nicole Malachowski, the first woman to fly with the Thunderbirds, and who later commanded an F-15 fighter squadron. After she contracted Lyme and other tick-borne diseases, she was forced to take a medical retirement from her Air Force career (and is now a prominent spokesperson for the Lyme community). Her story is featured in this article.

Personal note: while reading the Joint Force Quarterly article, I was startled to see my own name in the footnotes! Dr. McFate referenced a blog I posted about Nicole Malachowski back in 2017: 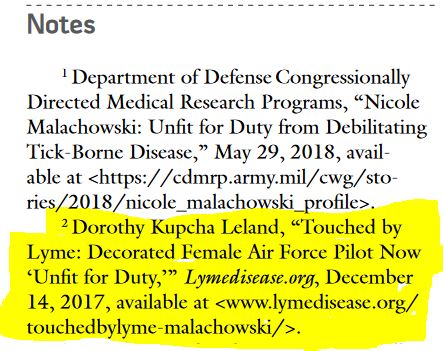 Yet another note: More than 250 members of the Lyme community will participate in next week’s “virtual Lyme Fly-in,” asking their Congressional representatives to increase federal funding for Lyme disease. One of our specific requests is to increase the amount given to the Department of Defense’s tick-borne disease research program.

Tags : Lyme disease and the military