What dental professionals should know about Lyme disease 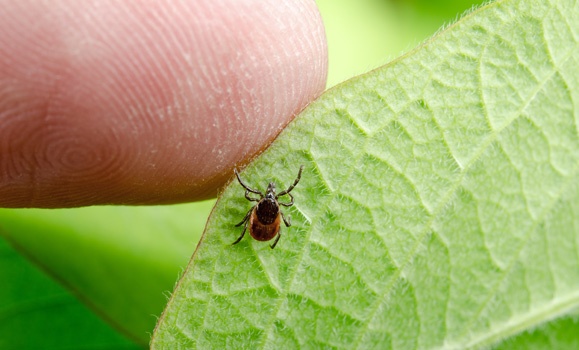 At the end of August 2019, a patient booked an urgent appointment with her dentist. A painful toothache had woken her the night before. Her symptoms also included intense pain in her jaw, temple, and neck, accompanied by a tingling on her lower left lip and left side of her tongue. She also experienced the feeling of sweats and chills during the night and an odd sensation in her shoulder and left arm.

Despite thorough examinations, neither her dentist nor the endodontist she was referred to could find any dental abnormalities. A visit to a Halifax hospital emergency room ruled out both a heart attack and a stroke. It was only when an inflamed bump with a bull’s eye appearance appeared on her thigh a day later that the patient’s family doctor was able to diagnose Lyme disease.

“It was shocking to me to know someone — a personal friend of mine — with Lyme disease,” says Dr. Mello, explaining her interest in the case. “It is a serious illness that can present with a variety of symptoms, such as orofacial pain, fever, and chest pain. If there is no obvious tick bite, Lyme disease can go undiagnosed, bringing much suffering to the patient.”

Lyme disease is caused by a bacterium that is spread by infected blacklegged ticks. According to the Nova Scotia government’s publication, “Guidance for Primary Care and Emergency Medicine Providers in the Management of Lyme Disease in Nova Scotia,” the entire province of Nova Scotia is an “at-risk area” for Lyme disease. The patient had been camping in two high-risk areas in Nova Scotia before her diagnosis, but this is not the type of question that would normally be asked during a dental appointment.

Although tick season officially begins in April, ticks are active all year. In fact, if the temperature is above 4 degrees C, ticks will be on the move. Early detection and treatment are important if more serious conditions, such as arthritis, nervous system problems, and carditis, which affects the heart’s electrical system, are to be prevented.

Someone with Lyme disease may experience temporomandibular joint pain, headache, and neuralgia. In particular, symptoms of neuropathy in the orofacial area, such as numbness, prickling or tingling, and sharp, jabbing, throbbing, or burning pain, may mimic dental pain and could prompt patients to visit their dentists looking for answers.

The need to know

“Any health care provider — including dental practitioners — should be aware of the risk factors for Lyme disease, know about its signs and symptoms, and consider Lyme disease as a differential diagnosis for atypical pain in the orofacial area,” says Dr. Mello. “This is particularly important when there is no obvious tick bite.”

Dr. Mello suggests that health professionals consider asking more in-depth questions, including about recent changes to a patient’s overall health and trips to high-risk areas. She also recommends that they consider making further referrals and collaborating with other health professionals.

“A delayed diagnosis is frustrating and worrying for both the patient and health care providers,” says Dr. Mello. “This disease can also be fatal. Dental professionals play an important role in helping to diagnose Lyme disease early.”