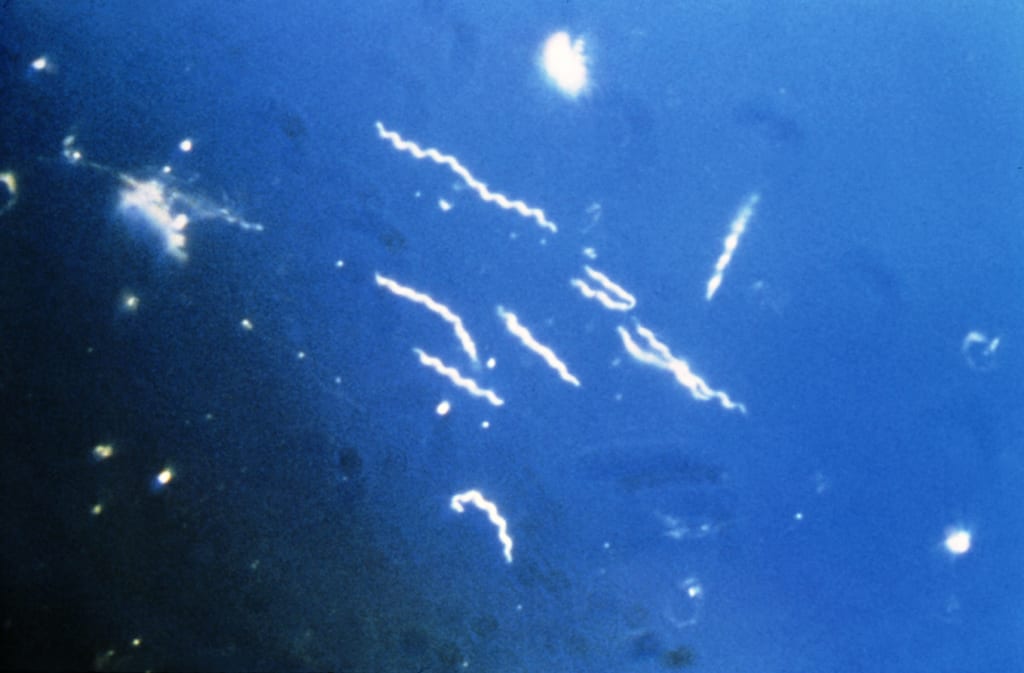 A report describing detection of the bacterial agent of Lyme disease in a genital lesion lends support to possible sexual transmission of the disease.

Lyme disease is a tick-borne infection caused by Borrelia burgdorferi, a type of corkscrew-shaped bacteria known as a spirochete.

The Lyme spirochete resembles the agent of syphilis, long recognized as the poster child for sexually transmitted diseases. Recently the Centers for Disease Control and Prevention (CDC) announced that Lyme disease is much more common than previously thought, with over 400,000 new cases diagnosed each year in the United States.

“Our findings demonstrate the complexity of Lyme disease,” said Fesler, a lead author of the published study. “It explains why the disease is more common than one would think if only ticks were involved in transmission.”

In the study, researchers examined a genital lesion in a patient on treatment for Lyme disease. The lesion was found to contain live spirochetes that could be grown in special culture broth, and sophisticated immunology and molecular techniques revealed that the spirochetes were indeed Borrelia burgdorferi, the agent of Lyme disease. Testing for syphilis spirochetes and other pathogens was negative.

Dr. Stricker pointed to the implications for Lyme disease diagnosis and treatment raised by the study. “We have taken Lyme disease out of the woods and into the bedroom,” he said. “We need to find better drugs to treat this runaway epidemic just like we did for HIV/AIDS and HCV.”