Patients can respond very differently to disulfiram. Be cautious. 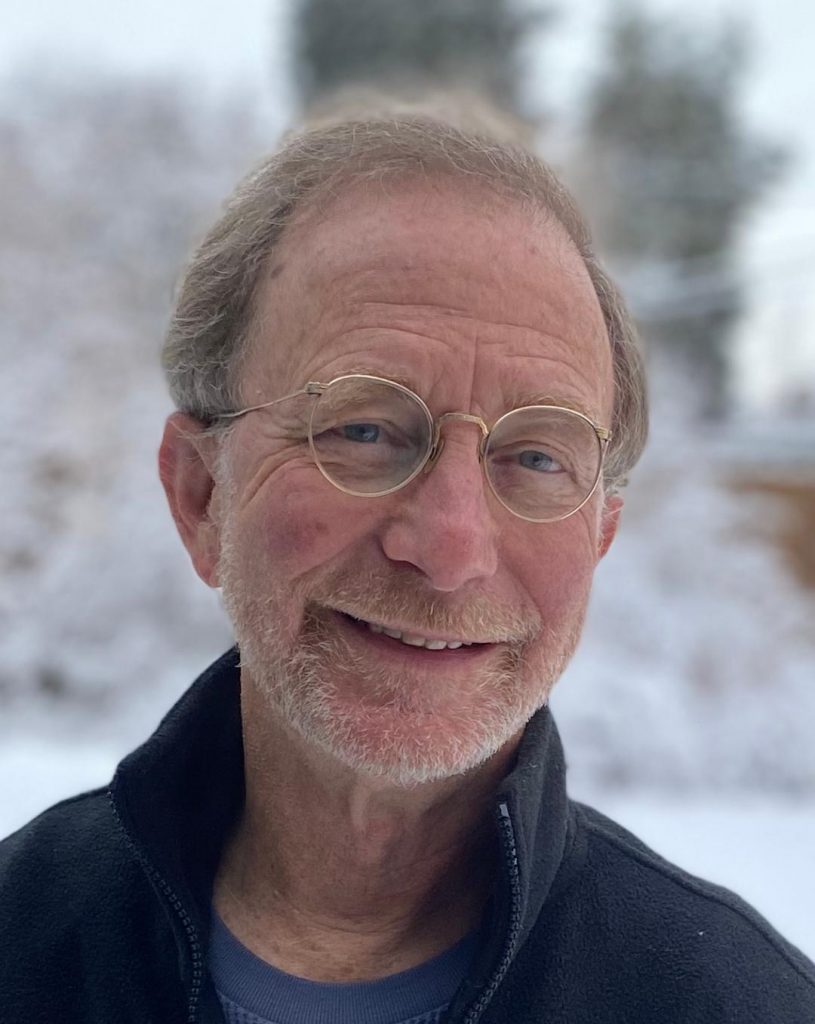 by Daniel A. Kinderlehrer MD

Linda was 47 years old in 1990, when she became ill after visiting a park in Florida. Her “mystery illness” resulted in fatigue, swollen lymph nodes, neuropathic pains, depression, night sweats, impaired cognition, and Bell’s palsy. In 1996, she was treated for Lyme disease with prolonged courses of Biaxin and Flagyl with beneficial results. In 2005, Linda was in a motor vehicle accident.  She did not have any serious injuries but many of her symptoms returned.

In 2012, Linda consulted with another Lyme practitioner who prescribed amoxicillin and azithromycin, again with beneficial results. In addition to her prior symptoms, Linda also experienced recurring episodes of abdominal pain, diarrhea, nausea, and vomiting. She reported that medical marijuana decreased her nausea and nightmares, and helped her appetite.

When I initially saw Linda in 2018, she was still complaining of her original symptoms. The gastrointestinal symptoms were ongoing but better if she ate carbohydrates at every meal. She also said that her lymph nodes would swell in her armpits and groin when she was experiencing a flare of symptoms. Labs confirmed Babesia but not Lyme or Bartonella.

I prescribed amoxicillin then Biaxin but we had to limit the dose of antibiotics because of Herxheimer reactions. She had similar Herxheimer reactions with Malarone and artemisinin for Babesia. Linda had an elevated homocysteine and I recommended supplements to support her methylation and other detoxification pathways. Among her many symptoms, Linda complained of facial pain, which improved with quercetin, a mast cell stabilizer.

This past summer, Linda started disulfiram at 31.25 mg (1/8 tablet) every four days. She had a mild Herxheimer reaction but immediately noticed an improvement in her mood and energy. Diarrhea resolved after two courses of Alinia, an antiparasitic medication, but she continued to have nausea and vomiting if she didn’t eat carbs with each meal. After she tapered off her other antimicrobials, the dose of disulfiram was increased to every three days.

Linda could not increase the dose of disulfiram to every two days without a significant Herxheimer reaction. She has stayed on disulfiram every three days while off all other antimicrobials and says this is the best she has felt since becoming ill with a “mystery illness” in 1990.

Disulfiram–breakthrough for some but not all

It’s only been a year and a half since the publication of Dr. Ken Liegner’s seminal paper describing his clinical experience of using disulfiram to treat three patients with long-standing Lyme disease and babesiosis.1 All three had experienced relapses when their aggressive antimicrobial regimens were discontinued, but since taking disulfiram they have been in sustained remissions.

There is no question that disulfiram is a breakthrough drug for some patients with chronic Lyme disease. However, we’ve had a few bumps in the road to recovery. Since alcoholics have been taking disulfiram (aka Antabuse) for over half a century with limited side effects, we had a false sense of security regarding its safety.

It is now clear that alcoholics tolerate disulfiram much better than those of us with chronic Lyme. It seems that alcoholics’ detoxification capacities are in better shape than patients with chronic tick-borne infections, at least until alcoholics develop cirrhosis. Few of my patients can drink a glass of wine or a bottle of beer without an untoward outcome.

When disulfiram was initially prescribed to alcoholics, doses were as high as 1000 to 2000 mg daily. There are case reports in the medical literature detailing a number of side effects in alcoholics taking disulfiram, including the Disulfiram-Ethanol Reaction (DER), neuropathy, encephalopathy, optic neuritis, and so on, but there are no large case studies suggesting that these problems are common.

It was of great interest to me to review the presentation that Dr. Liegner gave at the ILADS conference in September.2 In a retrospective review of 71 patients treated with disulfiram, four of whom were lost to follow-up, Dr. Liegner reported the following:

I talked with Dr. Liegner and he said that while some patients had significant Herxheimer reactions, they were still able to stay on disulfiram by backing off on the dose and slowing the dose progression. Also, Dr. Liegner told me that while a few patients had neuropathy, it occurred after they had reached the target dose and he simply discontinued the disulfiram early.

Dr. Liegner’s patients are not emblematic of my experience with over 100 patients over time.

The tolerance and effectiveness of disulfiram in my patient population varies widely. While about half reach the target dose, about half of those have a relapse of some symptoms within four months. When retreated with disulfiram, many do not tolerate the doses previously tolerated, and a few don’t tolerate disulfiram at any dose the second time around.

The Herxehimer reactions were severe in some of my patients, some of whom cannot tolerate even the lowest doses such as 20 mg once weekly. Neuropathy has also been stubbornly frequent. While some patients do not experience neuropathy until they reach target doses, I have other patients who have symptoms of neuropathy at doses as low as 31.25 mg (1/8 tablet) every three days, despite taking supplements such as zinc, alpha lipoic acid and melatonin. Fatigue is common, as in Dr. Liegner’s series of patients, but I have seen frank encephalopathy only at higher doses with severe fatigue, headaches, mood changes and impaired cognition.

On the other hand, it is remarkable that many of my patients have excellent responses to disulfiram at low doses. Linda is a good example. While she only tested positive to Babesia, I also clinically diagnosed her with both Lyme disease and bartonellosis. (The swollen lymph nodes with symptom flares are consistent with Bartonella infection.)

Linda’s comorbidities included methylation mutations, excess mast cell degranulation, a parasitic infection, and, probably, acquired porphyria. Porphyria is a mutation in the synthesis of the heme molecule (as in hemoglobin).

Patients with this disorder need to maintain high carbohydrate diets to prevent episodes that can cause not only abdominal pain, nausea and vomiting but also a litany of other symptoms including mental aberrations.

Because so many of my patients develop problems of neurotoxicity or Herxheimer reactions as they progress the dose of disulfiram, I have altered my disulfiram strategy. If a patient experiences significant benefit at sub-target levels (the target is about 250mg per day for a 130-pound patient for 6-10 weeks), I will often stop increasing the dose. Like Linda, they stay on a low dose if that is working for them.

The long-term strategy is unclear, but I am now stopping the medication after prolonged sub-target courses and following carefully. It’s too soon to determine if they will experience sustained remissions.

The big question here is why my patient experience with disulfiram differs from Dr. Liegner’s. Dr. Liegner did not need to discontinue treatment with disulfiram in any patients because of Herxheimer reactions, and his patients had a much lower incidence of neuropathy.

The reason may be that he and I have different patient populations. For one thing, Dr. Liegner reports that 36% of his patients had co-infections with Babesia or Bartonella and 4% of his patients were co-infected with both. Of note is that, for purposes of his case series, Dr. Liegner only considered the presence of co-infections if he had lab documentation with either positive antibodies or PCR (amplified DNA). On the other hand, 100% of my patients on disulfiram are co-infected, and most have both Babesia and Bartonella—most were diagnosed clinically.

We can all agree that patients with multiple co-infections are generally sicker than those without. And they are more likely to have comorbidities, like Linda.

In fact, a high percentage of my patients have mold issues, endocrine disruption, mast cell issues, and an assortment of gastrointestinal issues. In other words, my patients likely have more sensitivities and detoxification issues than Dr. Liegner’s, which would account for the disparity in response.

Disulfiram still appears to be the most powerful drug we have to treat chronic infection with Borrelia burgdorferi, but it can also cause significant Herxheimer reactions and neurotoxicity. The bottom line is that disulfiram is not for everybody, and should only be prescribed with caution.

Dr. Dan Kinderlehrer is an internal medicine physician with a private practice in Denver, Colorado, devoted to treating patients with tick-borne illness. He is the author of the forthcoming book, “Recovery From Lyme disease: The Integrative Medicine Guide to the Diagnosis and Treatment of Tick-Borne Illness.” It will be released in March 2021.

2 Liegner KB. (2020, September) Disulfiram in the Treatment of Lyme Disease and Babesiosis: Summary of First 3-years’ Experience in One Medical Practice. Presented at The 2020 ILADS Annual Scientific Conference. Conducted virtually.