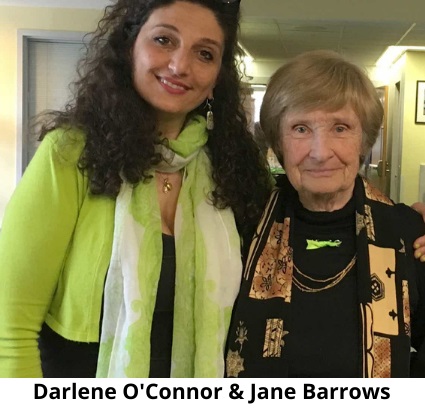 Jane Barrows, founder of a Lyme support group in Newport, Rhode Island, has been named the “Citizen of the Year” in her region. The recognition is given out annually by The Newport Daily News as part of its Community Service Awards.

Barrows, now 85, started the group “Lyme Newport” 12 years ago. That’s when she finally figured out she had Lyme disease–after many doctors had failed to do so.

She launched the group to offer support to people, help them realize they were in the same position as thousands of others, and to direct them to physicians who knew how to recognize and treat Lyme and other tick-borne diseases.

Prior to the pandemic, she would provide Lyme education presentations at libraries and other venues throughout the state. She also held monthly meetings for Lyme patients. Now she talks to individuals by phone.

Last week, she gave verbal comments via telephone to the federal Tick-Borne Disease Working Group, which will send its 2020 Report to Congress soon.

I’ve had the opportunity to meet Barrows a few times over the years at various Lyme conferences. I know one of the issues that frustrates her deeply concerns Rhode Island’s failure to follow its own laws concerning medical treatment for Lyme disease.

As she recently wrote to me:

To date, the “requirements” for: testing, diagnosis & treatment are not being adhered to in most Rhode Island medical facilities. This constitutes critical and criminal negligence in the approach to medical care for RI residents with tick-borne illnesses.

Of significance is the fact that Rhode Island was the first state to have developed laws specifying protocol for these diseases!  To date, Rhode Island may still be the only state to have comprehensive directives regulating doctors’ responsibilities and protection from investigation by the local health authorities, and patients’ rights to long term antibiotics and insurance coverage.

Section 6. which was added in 2014, provides to the patient a written disclaimer that tests are not reliable and cannot be used as a diagnostic factor.  Yet, patients continually hear: “YOUR TEST WAS NEGATIVE, YOU DON’T HAVE LYME.”

Physicians’ failure to comply with the specified provisions in these LAWS, results in misdiagnoses and ineffective and insufficient treatment of patients.

If one thing comes out of this award, Barrows said, she hopes it will bring attention to the wealth of information offered by her group’s website: lymenewport.com.

Kudos to you, Jane Barrows. It’s people like you who are making a difference in so many people’s lives, day-by-day.