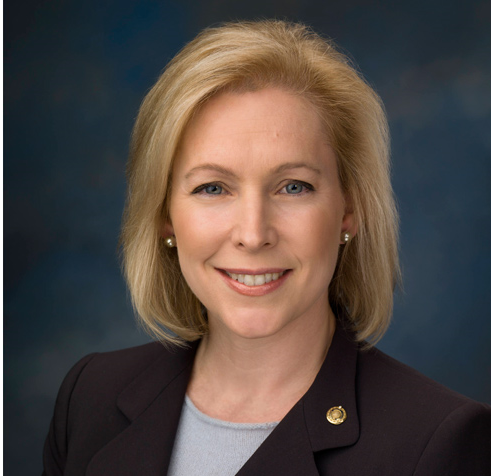 Press release from the office of Senator Kirsten Gillibrand, July 10, 2017:

With Lyme disease cases increasing on Long Island, U.S. Senator Kirsten Gillibrand visited the Seatuck Environmental Association in Suffolk County to urge the Trump Administration to implement her Lyme and Tick-Borne Disease Prevention, Education, and Research Act, which became law as a part of the 21st Century Cures Act in December 2016.

This critical law will ensure federal coordination on urgently needed research for prevention, diagnosis and treatments for Lyme and other tick-borne diseases.

Lyme disease is the most commonly reported vector-borne illness in the U.S., and New York is among the states most significantly affected by this disease. In 2015, New York reported 3,252 confirmed cases of Lyme disease to the Center for Disease Control and Prevention (CDC).

However, the CDC estimates that the actual number of diagnosed cases is as many as ten times the number of cases that states report to the CDC. The New York State Department of Health estimates that Suffolk County had 669 cases of Lyme disease in 2015.

“Families on Long Island should be able to spend time outdoors without having to worry about being bitten by ticks and contracting Lyme disease,” said Senator Gillibrand.

“The threat of Lyme disease and other tick-borne illnesses is pervasive across Long Island,” said Seatuck’s Executive Director, Enrico Nardone. “It is not only a major public health issue, but also a significant deterrent that keeps people from getting outside and enjoying the pleasures and benefits of the region’s wonderful open spaces.  Investing in research to control tick-borne diseases is critical to protecting the health of our children, who should be able to play outdoors & freely explore nature as we did when we were kids.”

“Medical research relies on continuity, and the proposed cuts of 18% to the National Institutes of Health and 17% to the Centers for Disease Control would be devastating not only to the efforts against tick-borne diseases, but to the public’s health in general,” said Dr Jorge Benach, Distinguished University Professor and former Chairman of the Department of Molecular Genetics and Microbiology and Professor of the State University of New York at Stony Brook.

“Although tick borne illnesses are relatively new to Suffolk County, this growing epidemic needs appropriate attention, as well as a plan for combating the spread of such diseases,” said Suffolk County Legislator Krupski, “Controlling the deer population will go a long to controlling the tick population.  I thank Senator Gillibrand for working with everyone to address this health epidemic.”

“The harmful impacts of tick-borne illnesses continue to grow in New York State,” said Suffolk County Legislator Fleming.  In Suffolk County alone, the incidence of potentially debilitating tick-borne diseases, including Lyme, Babesiosis, Anaplasmosis, and Ehrlichiosis grew more than 44% from 2010 to 2015, and continues to rise.  The hotline operated by the Tick-Borne Disease Resource Center at Southampton Hospital saw a 46.6% spike in calls from 2015 to 2016, while the hospital’s satellite medical practice saw a 55% increase in patients reporting tick-borne diseases in the same period.

While local governments are actively working with health care providers, community organizations and private business to reduce the threat and educate the community on prevention measures, our efforts are historically underfunded, and we cannot afford to lose critical federal support.  The ability to continue to rely on federal efforts to develop diagnostic tools and prevention measures, collect data and conduct research will allow New York to serve as a leader in reversing the increasingly devastating economic and quality of life impacts of this public health crisis.”

According to the CDC, between 2005 and 2015, there were 41,229 reported cases of Lyme disease in New York, one of the most heavily affected states in the country. 95 percent of confirmed Lyme disease cases in 2015 were reported from just fourteen states, including New York.

In April, Senator Gillibrand, along with Senator Richard Blumenthal (D-CT), wrote a letter to the Secretary of Health and Human Services (HHS) requesting an update on the Trump Administration’s efforts to implement the federal Tick-Borne Diseases Working Group, which is one of the requirements in Gillibrand’s Lyme and Tick-Borne Disease Prevention, Education, and Research Act.

The Working Group will ensure coordination among federal agencies and with researchers, health care providers, and patients in addressing tick-borne illnesses. The Working Group will comprise representatives from federal agencies, including the Centers for Disease Control and Prevention, the National Institutes of Health, and the Food and Drug Administration, as well as non-federal members, such as medical providers with experience in diagnosing and treating tick-borne diseases, scientists or researchers with expertise in tick-borne diseases, patients and their family members, and non-profit organizations that advocate for patients.

In addition, the Working Group will submit a report to Congress every two years and will publish the report on the U.S. Department of Health and Human Services’ website regarding the Working Group’s recommendations for improving the federal response to addressing tick-borne diseases.

In addition to not yet implementing the Lyme and Tick-Borne Disease Prevention, Education, and Research Act, the Trump Administration also recently proposed a federal budget that would cut NIH funding by 22 percent, which could decrease critical Lyme disease research for prevention, diagnosis, and treatment.