TOUCHED BY LYME: Legislative update and a Lyme “moonshot” 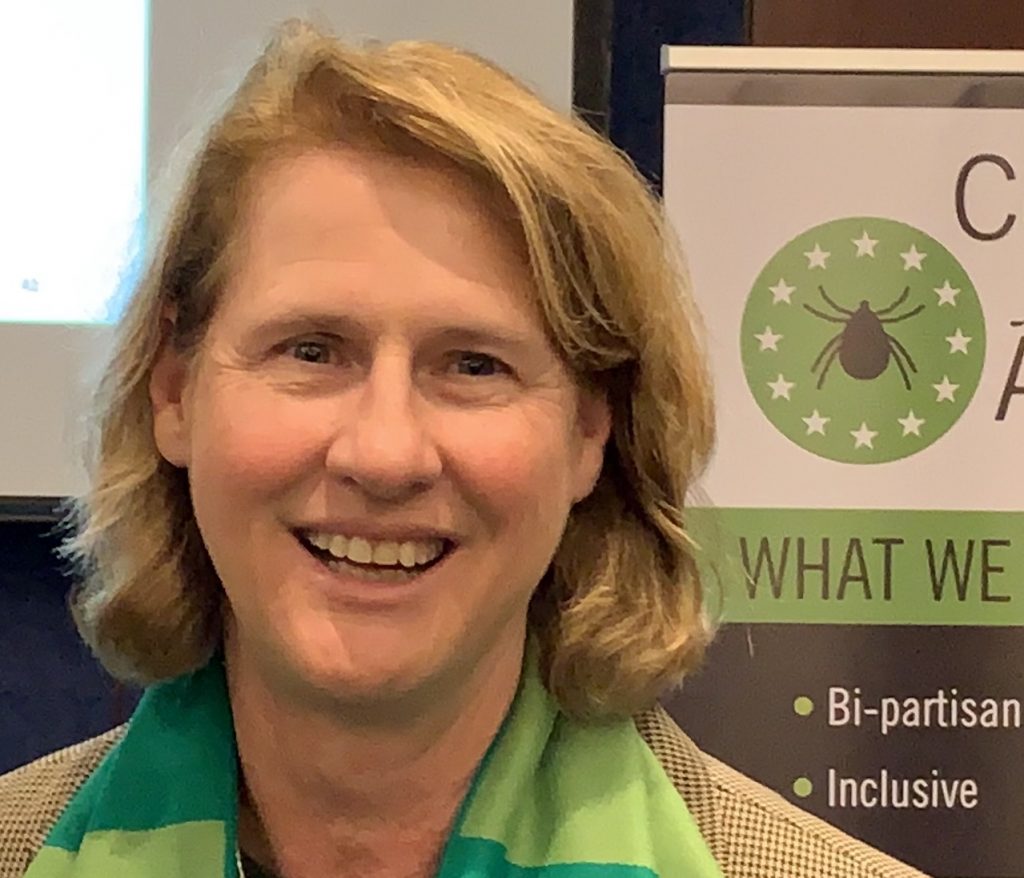 Bonnie Crater, co-founder of the Center for Lyme Action–a lobbying group seeking more federal funding for Lyme disease–gave a legislative update at the recent LymeMIND 2020 conference. (Click here to watch the replay of the event on Facebook.)

Among the developments she cited was the passage of the Kay Hagan Tick Act, which asks for funding to combat vector-borne diseases.

However, although the Tick Act was signed into law at the end of 2019, funding for the measure still needed to be passed by both houses in 2020.

In July, the House of Representatives passed an appropriations bill that increased Lyme funding for the Centers for Disease Control and Prevention (CDC), the Department of Defense (DoD), and the National Institute of Allergy and Infectious Diseases (NIAID).

Senate appropriations committees will not take up the matter until after the November 3 election. 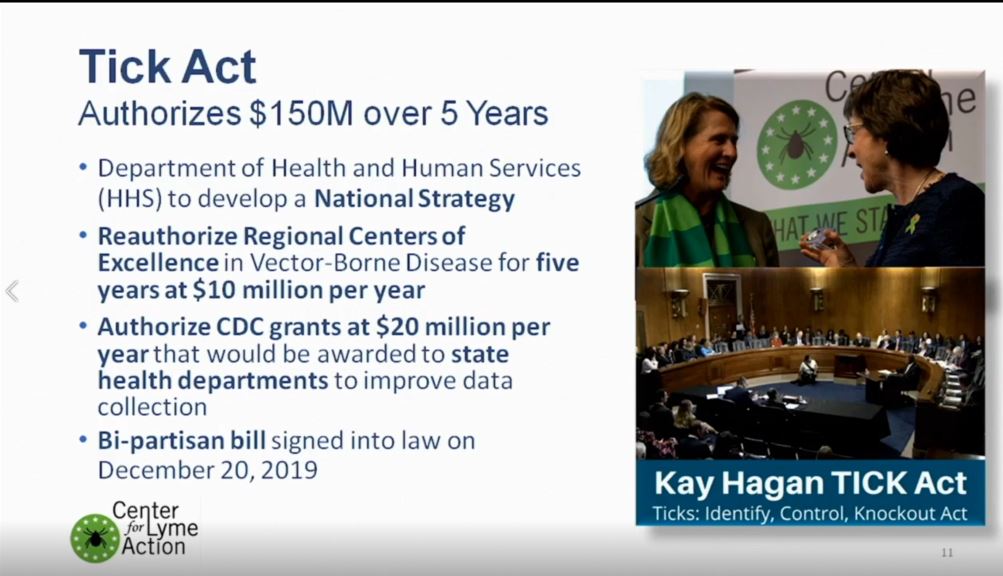 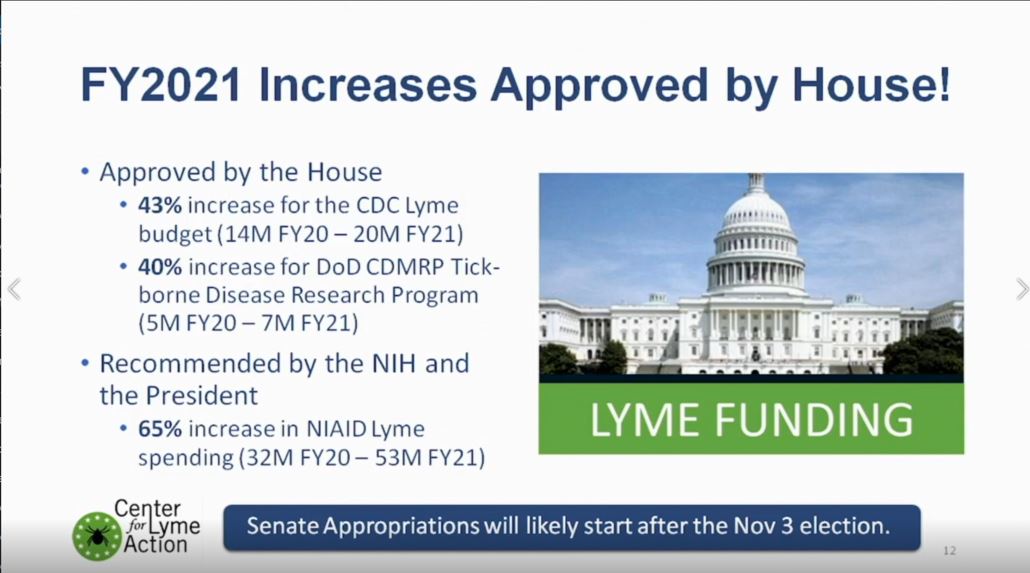 Crater also announced an upcoming event on Monday October 19. The Center for Lyme Action will hold a virtual meeting to introduce its vision for a “Lyme Moonshot” to cure Lyme disease by 2030.

A brief history lesson: in 1961, President John F. Kennedy gave a famous speech to Congress. In it, he proposed that the United States embark on a space program aimed at landing a man on the moon. It seemed a bold statement at the time. But it captured the country’s imagination and galvanized the nation to reach that target within the decade.

Since then, the term “moonshot” is often used to describe an ambitious–perhaps audacious–goal that will require a concerted effort to accomplish.

The purpose of the October 19 event is to further educate Congress and the Congressional staff on Lyme disease, says Crater. The public is invited to tune in as well. For more information, see the Center of Lyme Action website. 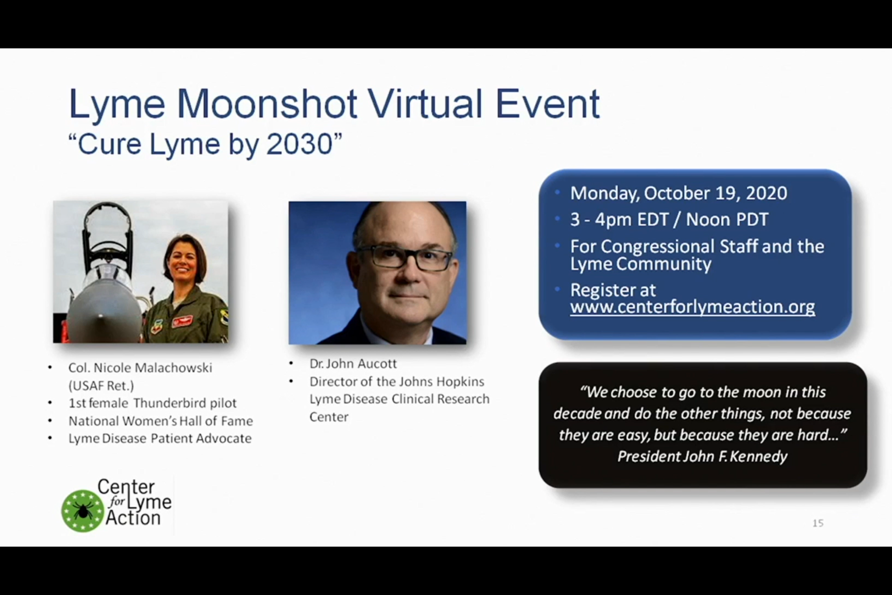