TOUCHED BY LYME: An easier way to comment on IDSA's Lyme review 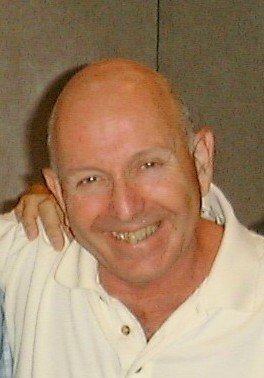 The IDSA has devised a complex method for accepting public comments. You are supposed to specifically discuss their Project Plan, which includes more than 80 different questions. You are supposed to cite page and line numbers. You’re not supposed to recount your personal experiences with Lyme disease. Some patients have tried to comment and have given up in frustration part way through. Stay calm. Help is on the way.

Note: the IDSA has extended its comment period until April 24.

Ira Auerbach, a Lyme activist from New York, chose to answer only the questions that mattered most to him. He shares what he wrote and invites you to model your comments after his:

PAGE 2, LINES 1-49:  In reviewing the list of names I do not see a broad spectrum of views being represented by the panel members chosen.  Specifically, I do not see any physicians/researchers who have demonstrated the potential chronic nature of Tick Borne Diseases as was evidenced by the HHS webinar from May 2014.  Furthermore, it is not obvious why these specific panelists were chosen and who chose them.

PAGE 3, LINES 16-22:  Notably absent from the list of guidelines to be utilized as a base is the recently updated and released guidelines from ILADS which utilized the process defined by the Institutes of Medicine.  The exclusion of this from the list indicates the clear bias of the panel’s position.

PAGE 4, LINE 40:   The consumer representative has no experience with Lyme and other TBD’s and comes from a region not identified as endemic by the CDC.  The Institute of Medicine requires that the panel include “representatives from key affected groups”.  There is nobody on the panel who represents patients and their treating physicians.

PAGE 8, LINES 116-124:  The panel includes members of the original 2006 guideline committee who were found by then Attorney General Blumenthal of Connecticut to have significant conflicts of interest.  Yet, the current COI review finds no such evidence.  These individuals have repeatedly demonstrated their bias with regard to Lyme Disease and should be excluded from the panel.  Furthermore, patients perceive them as being antagonistic towards them.   It is a mockery to say they have no conflicts of interest.

There it is. Short, sweet and to-the-point. Thanks, Ira!

Click here for more information about submitting comments to the IDSA,

Whether or not you submit comments to the IDSA, please take our Lyme patient survey. Results will be included in LymeDisease.org’s submission, as well as distributed to journalists, lawmakers, health officials and the public.

TOUCHED BY LYME is written by Dorothy Kupcha Leland, LymeDisease.org’s VP for Education and Outreach. Contact her at dleland@lymedisease.org. On Twitter, she’s @dorothyleland. (And LymeDisease.org is @LymeNews.)