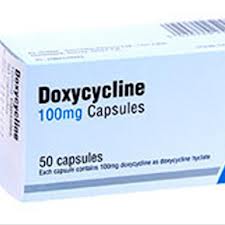 Senators Susan Collins (R-Maine) and Amy Klobuchar (D-Minnesota) are jointly urging the Food and Drug Administration (FDA) to take action to reduce the shortage of doxycycline, an important drug used to treat Lyme disease. Due to what the FDA calls “manufacturing delays,” the drug has been in short supply since January 2013, and prices have skyrocketed in many parts of the country.

Press release from the offices of Sens. Collins and Klobuchar, May 24, 2013:

WASHINGTON, D.C. – As the summer tick season approaches, U.S. Senators Susan Collins and Amy Klobuchar are calling on the Food and Drug Administration (FDA) to take action to reduce the shortage of Doxycycline, a critical drug used to treat infectious diseases such as Lyme disease. In a letter to FDA Commissioner Margaret Hamburg, the senators urged the FDA to take all necessary steps to alleviate the shortage, especially as Lyme disease is most commonly contracted during May and June during peak tick season. Last year, Klobuchar and Collins’ bipartisan provisions to help prevent and improve responses to drug shortages were signed into law. The provisions require companies to give early warning notification to the FDA of any factor that may result in a drug shortage.

“According to our state epidemiologist, the number of Maine residents diagnosed with Lyme disease continues to increase each year,” said Senator Collins. “The antibiotic Doxycycline is critically important for treating these patients, and it’s imperative that the FDA do all it can to help alleviate this shortage.”

“As summer approaches, hospitals and doctors need to be ready to treat the rise in Lyme Disease cases,” Klobuchar said. “The FDA needs to do everything in their power to make sure patients and doctors have access to the medication they need.”

Both Maine and Minnesota have high incidences of tick-borne illnesses. According to the Centers for Disease Control (CDC), in 2011, 96 percent of Lyme disease cases were reported from 13 states, including Minnesota and Maine. Nationally, almost 30,000 cases of Lyme disease are reported, making it the sixth most commonly reported infectious disease in the United States.

Klobuchar and Collins have long fought to prevent drug shortages to help protect patients and save lives. The Food and Drug Administration Safety and Innovation Act, signed into law last year, includes a bipartisan drug shortages agreement that Klobuchar and Collins helped forge that will require prescription drug manufacturers to give early notification to the Food and Drug Administration (FDA) of any incident that would likely result in a drug shortage. The bill also contained the Senators’ provisions directing the FDA to expedite inspections and reviews of manufacturing sites or new products that could be helpful in addressing a drug shortage, and require the FDA to keep detailed records of previous drug shortages and the actions taken to prevent them.

The full text of the letter is below:

We write to you today to express our strong concern about the ongoing shortage of Doxycycline and the implications this shortage may have for our constituents. We urge you to ensure you are using all resources at your disposal to alleviate this shortage as soon as possible.

As you know, Doxycycline is an oral antibiotic commonly used to treat a variety of infections, including Lyme disease. Lyme disease is a tick borne illness that can cause headache, fever, fatigue, Bell’s palsy, and rashes at the infection site. It can also cause more severe symptoms like arthritis, joint swelling, numbness or tingling, and memory problems. The shortage of Doxycycline is especially problematic at this time of year because the risk of contracting Lyme disease is greatest in the months of May through July, during peak tick season.

It is also a particularly significant problem in our states, which have a high incidence of tick borne illness. According to the Centers for Disease Control and Prevention (CDC), in 2011, 96 percent of Lyme disease cases reported from 13 states, including Minnesota and Maine. Nationally, almost 30,000 cases of Lyme disease are reported, making it the sixth most commonly reported infectious disease in the U.S.

We are also concerned that this shortage has led to significant price increased prices for Doxycycline, potentially limiting the accessibility of this important treatment to those who need it most. While we understand FDA has no authority to address the pricing of medications, shortages like this can have a severe impact on access to necessary care and underscore the importance of immediate action to ease shortages.

Thank you for your consideration of our concerns and for your substantial efforts thus far to reduce drug shortages of all types.
###