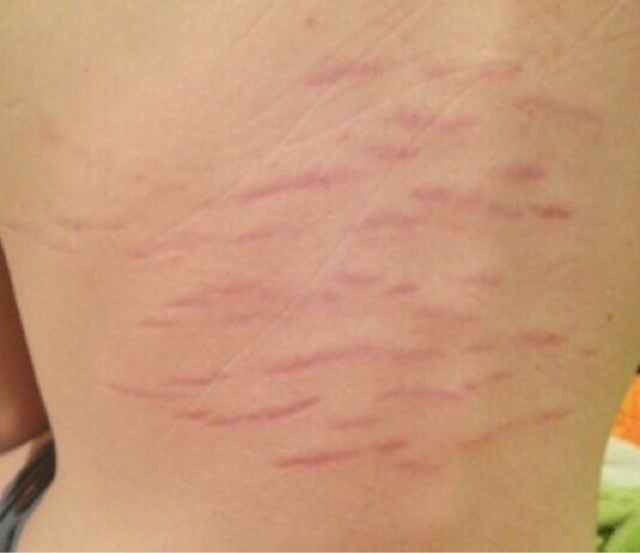 .
by Lonnie Marcum:
.
In a paper titled: “Identification of Novel Zoonotic Activity of Bartonella spp., France” to be published March 2016 in Emerging Infectious Disease Journal, CDC researchers report that they have identified six strains of Bartonella in patients with chronic subjective symptoms and a history of tick bites.
.
Three of the strains were B. henselae and three were from other animal-associated Bartonella species (B. doshiae, B. schoenbuchensis, and B. tribocorum).
.
Six main points from this study of Bartonella:
.
1. “Certain Bartonella species are known to cause afebrile bacteremia in humans… Reports have indicated that animal-associated Bartonella species may cause paucisymptomatic bacteremia and endocarditis in humans.” (Note: afebrile = without a fever. Paucisymptomatic = having few symptoms. Bacteremia = presence of bacteria in the blood stream. Endocarditis = inflammation of the heart’s lining.)
.
2. Nonspecific Symptoms of Bartonella include: “arthralgia, muscle pain, fatigue, headaches, visual blurring, neurocognitive symptoms.” (Arthralgia= joint pain.)
.
3. They noted, “Chronic bacteremia caused by B. quintana causes few obvious symptoms apart from generalized fatigue and nonspecific leg pain.” (B. quintana = another strain of Bartonella.)
.
4. “The main complaint of the case-patients was chronic fatigue, but they also reported other subjective or nonspecific symptoms (or both), such as headaches and myalgia.” (Myalgia = muscle pain.)
.
5. In summary, their “major finding is the isolation of zoonotic Bartonella other than B. quintana in the blood of patients with poorly qualified syndromes. These results indicate that zoonotic Bartonella spp. infection may cause undifferentiated chronic illness in humans.”  (With “poorly qualified syndromes” the authors are primarily referring to CFS-chronic fatigue syndrome. “Undifferentiated” symptoms are generalized complaints like joint or muscle pain, numbness, tingling, headache, insomnia, fatigue or “flu-like” symptoms. “Undifferentiated chronic illness” is basically an illness that we don’t have an explanation or a clear diagnosis for.)
.
6. The authors state it is crucial to determine whether Bartonella is involved “because treatment for chronic Bartonella bacteremia (as for B. quintana) is particularly arduous and may require six weeks of doxycycline treatment together with three weeks of gentamicin, as these are the only antimicrobial drugs known to be effective in eradication of Bartonella.”
.
Here’s my take away from this study: If someone with a tick bite tests negative for Lyme but continues to have chronic symptoms like those I’ve highlighted above, a weird striated rash (like the one pictured below), swollen lymph nodes, or has been diagnosed with fibromyalgia, chronic fatigue and/or myalgic encephalomyelitis, it would be wise to be tested for a Bartonella infection.

*Note: Bartonella has been detected in lice, ticks, fleas, sand flies, mosquitoes, wild animals and house pets. It’s suspected that ticks can transmit the disease to humans, though that has not been definitively proven. While each of the patients in this study reported a tick bite within the previous 1-5 years, they each lived in the country and enough time had elapsed that another mode of transmission could have occurred.

Lonnie Marcum is a licensed physical therapist in California. She has a family member with Lyme and co-infections. You can follow her blog at TenaciousPT.blogspot.com or on Twitter @LonnieRhea