Healing from Lyme with brain retraining and laughter yoga 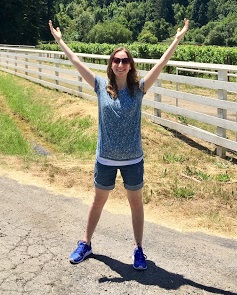 I’m excited to share my journey of recovering from Lyme disease and other chronic illnesses. I hope my experience can inspire and help others.

The story is a bit depressing at first, but I’m recovering now, so don’t worry! I’m actually sitting at the DMV as I edit this, which would not have been possible just a few months ago.

Back in 2010 when I was fifteen years old, I became quite sick. 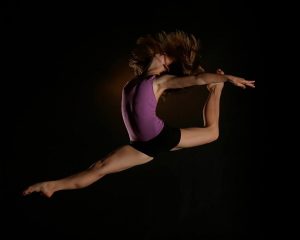 I went from being a pre-professional dancer and honor student with an active social life, to being homebound and often bedridden. I was unable to read or do any schoolwork, and unable to leave the house except for carefully arranged appointments with medical specialists. Due to my condition, I was never able to finish high school or go to college.

I saw many medical professionals, tried many different treatments, and I did go to one clinic that helped me a lot. I worked with them from 2013-2016, but it wasn’t financially sustainable for me to continue with them.

In 2016, I also had to move. This brought lots of complications, including exposure to mold and toxic chemicals. I ended up having a big relapse in 2017. 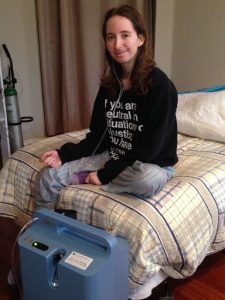 It was a dark time for me. But that relapse actually got me to try a brain retraining program, The Dynamic Neural Retraining System (DNRS), along with Laughter Yoga. Those two things have helped me so much!

In May of 2018, I had been doing DNRS for over a year, and I had been experiencing small improvements. Even though it was slow-going, I was improving enough that I knew that this program was the answer for me.

However, I was looking for ways to enhance my daily brain retraining practice. And I needed it to be something I could do from home. I was still entirely homebound and unable to ride in a car or attend any appointments.

That’s when a good friend told me about an online Laughter Yoga group, where people would get on group video calls and do Laughter Yoga exercises together. I had followed along with Laughter Yoga videos on YouTube before. I decided to give it a shot.

Boy, am I glad I did! Right away, I became more energized, stronger, and had greater range of motion. I became much happier and laughed more easily and more often. My chronic pain became less intense.

As I formed friendships with the other people in the video sessions, I started to feel connected and a part of a community. At that point, I had been homebound and quite isolated for eight years. It was amazing for me to start making friends. 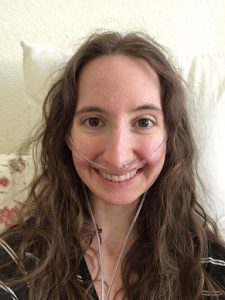 Laughter Yoga was helping me so much that I decided to learn more about it. I wanted to bring Laughter Yoga to more people.

Do you know that there are studies showing that the brain can’t differentiate between real laughter and fake laughter?

So when we laugh for no reason, we still get all of the same health benefits as we would if we were laughing because something was funny.

Here are some of the scientifically proven physical and mental health benefits of laughter that I came across in my research.

I’ve taught one Laughter Yoga session every week on Facebook Live for the past four months. I’ve received many messages and comments from people letting me know how much my video sessions have helped them!

People who watch my Laughter Yoga videos say that after doing one of my sessions, they feel more positive, encouraged, inspired, hopeful, calm, joyful, and laugh more easily.

Here’s a video of one of my recent Laughter Yoga sessions!

I feel like now is the right time to take a moment to reflect on all of my progress, and share where I am now in my recovery. Over the past six months, my improvements have skyrocketed. I have started going out in public again, and I’m no longer homebound!

What’s changed for me

Here is a list of all of my improvements:

I am so grateful for all of these fabulous improvements! 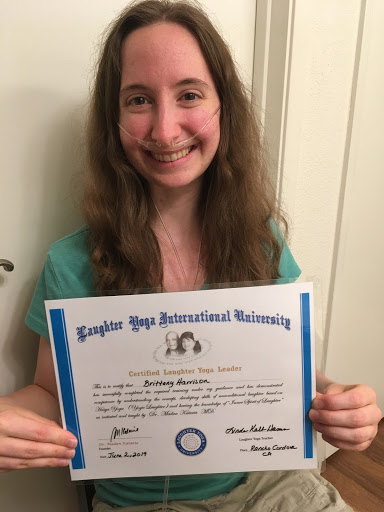 Last month, I was able to attend an in person Laughter Yoga Leader Certification course. I loved spending a whole weekend learning more about the benefits of Laughter Yoga, and how it all began. 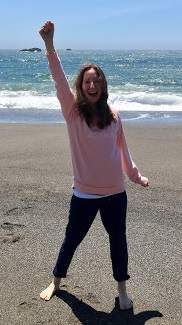 I am no longer homebound, but I want to teach Laughter Yoga classes online for people who are homebound, or unable to attend in person Laughter Clubs.

Because I know what it’s like to be completely isolated. And I know how powerful it is to be able to get on a video call with others to laugh and cheer each other on.

Would you like to join me as we laugh our way to better health? More information at my website,  brittanymarieharrison.com.

Brittany Harrison is 24 years old and lives in Northern California.