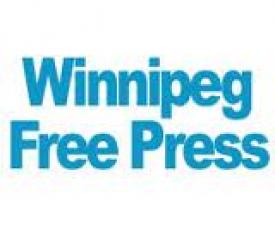 Health officials in British Columbia have announced $2 million for a study and new health clinic that will focus on the diagnosis and treatment of Lyme disease, fibromyalgia, and chronic fatigue syndrome. BC doctors have been accused of drastically underdiagnosing Lyme disease, and failing to report those Lyme cases which are diagnosed.

From the Winnepeg Free Press:

By: Rebekah Funk, The Canadian Press

VANCOUVER – Health officials in British Columbia announced $2 million for a study and new centre that will focus on screening, diagnoses and treatment of patients with fibromyalgia, Lyme disease and chronic fatigue syndrome.

The goal of the study and a new clinic initiated by the Ministry of Health and Provincial Health Services Authority is to accurately diagnose the complicated conditions, and provide treatment and ongoing symptom management to patients.

Ryan Jabs, spokesman for the Health Ministry, said the plan has been in the works for quite some time but was announced now to address recent public concern that the province lacked proper health infrastructure to diagnose and treat patients with chronic illness.

B.C. doctors have been accused of drastically under-diagnosing Lyme disease, in particular, and failing to report the cases that are diagnosed, as required.

In the past many Canadian patients sought treatment for these conditions in the United States, but Jabs said the new centre will educate local doctors on what to look for.