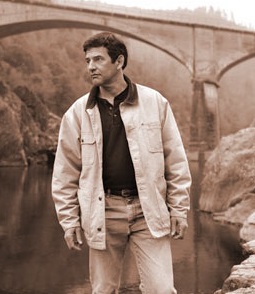 Auburn, CA’s “One book, one community” event will spotlight a book by Jordan Fisher Smith, the former park ranger who narrated the Lyme documentary “Under Our Skin.”

This week, the northern California community of Auburn kicks off a series of events featuring former park ranger Jordan Fisher Smith and his book, “Nature Noir.” The book recounts events during Smith’s tenure as a park ranger in the area. The book closes with a chapter on why he had to leave that occupation–he contracted a highly debilitating case of Lyme disease from an on-the-job tick bite.

The Lyme community knows Smith because his story was prominently featured in the Lyme documentary Under Our Skin.

Auburn’s “One Book, One Community” program will feature a variety of events featuring Smith and his book, culminating in a showing of Under Our Skin. The film will be followed by a question and answer session about Lyme disease.