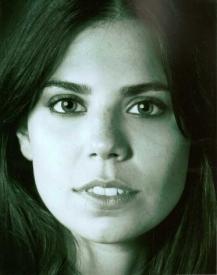 Ally Hilfiger, the now 26-year-old daughter of fashion designer Tommy Hilfiger, as had a lifetime of health problems since being bitten by a tick at age 7. Now she advocates for better research and treatment of Lyme disease.

Ally Hilfiger may have a surname synonymous with fun and youthful style, but for years the part-time Greenwich resident struggled with pain that left her feeling far older than she was.

While growing up, the now 26-year-old daughter of fashion designer Tommy Hilfiger went to several doctors, who diagnosed her with everything from arthritis to growing pains. Though Hilfiger was bitten by a tick at age 7, the insect tested negative for Lyme disease, as did later tests doctors performed on her. Some test results were "borderline positive," she said.

The pain, Hilfiger recalls, was "excruciating," and often left her sitting in the bathtub for hours or walking with a cane. She also had flu-like symptoms and trouble sleeping.

"I couldn’t put lotion on my legs because it felt like I was being beaten with a baseball bat," Hilfiger said during a recent phone interview. "I was like an 80-year-old woman."