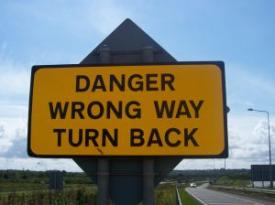 The Connecticut insurance law passed in 1999 is an example of how well-intended legislation can hurt. In response to numerous complaints received by his office from Lyme disease patients being denied insurance coverage for Lyme-related expenses, Connecticut Attorney General Blumenthal held a hearing on February 24, 1999, co-sponsored by Commissioner George A. Reider, Jr. of the Connecticut Insurance Department

Blumenthal solicited testimony from a broad range of patients and professionals. After the hearing, Blumenthal drafted bill language requiring insurers to cover necessary treatment for Lyme disease. Although the bill as it was first introduced would have provided great benefit to patients, the insurance companies suggested amendments that were accepted by legislators. Rather than open-ended treatment or treatment prescribed by the patient’s own physician, the law imposed a ceiling on treatment and required the patient to obtain a second opinion from state-licensed infectious disease specialists, rheumatologists, or neurologists for any extension of treatment.

Although the AG’s office currently ensures that the law is not used to cut off patients’ treatments, it is difficult for patients to find state-licensed infectious disease specialists, rheumatologists, or neurologists willing to approve extended treatments.

At a later public hearing in Rhode Island, Dr. Charles Ray Jones spoke at length about the effects of the Connecticut legislation, telling how it had adversely affected his practice and asserting, “There should never be legislation to restrict the duration of treatment for Lyme disease.”  He testified that as a pediatrician, not a specialist recognized in the law, it was easier for him to get antibiotic treatment, even extended treatment, before the law was passed.