Connecticut Paper The Day Gets Facts All Wrong 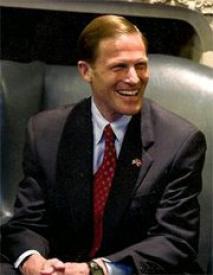 The Day recently published an editorial bashing Senator Blumenthal (CT) for “endearing himself to those suffering from long-term health problems they believed were connected to Lyme disease, so-called chronic Lyme.” (Blumenthal has just introduced federal Lyme legislation.) They claim Blumenthal “became an advocate for the controversial long-term treatment of so-called Lyme…. The only problem, the treatment is not supported by the science.”
This isn’t all The Day editors got wrong. For more, read on.

I sent this letter to the editors of The Day:

It’s too bad the reporter for this story didn’t bother doing any investigation but instead wrote a puff piece for the IDSA. Among numerous inaccuracies:

YOU STATE: The treatment [long-term antibiotic treatment] is not supported by the science. “Patients treated with prolonged courses of antibiotics do no better than patients getting a placebo.” FALSE

FACT: Treatment trials published in the peer-reviewed literature have had mixed results. The failure of some protocols may prove they are “too little, too late.” [Cameron] Fallon’s patients (Columbia) improved with treatment and relapsed after treatment was stopped.

YOU STATE: “The ‘vast majority’ of people who get Lyme disease… fully recover. However, about 10 to 20 percent of patients have lingering symptoms.” FALSE

YOU STATE: There is no evidence of persistent infection. FALSE

FACT: Evidence of persistent infection after previous antibiotic treatment is strong. B. burgdorferi have been cultured from patients who have been given intensive, 21 days to one year, antibiotic therapy with IV antibiotics.

YOU STATE: the IDSA agreed to have an “independent” panel of experts assess its guidelines. FALSE
FACT: THe IDSA review panel was not “independent.” Most were IDSA members.

I’m surprised you didn’t claim the testing is accurate, but that would also be FALSE.
FACT: The CDC-recommended two-tier testing misses up to 86% of true cases (average 49% sensitivity). This also is published in the peer-reviewed literature. WHO has just called for banning the test for TB — which also fails to diagnose 50% of the people with TB — as “unethical.”

YOU STATE: “Private pharmaceutical companies have the incentive of profit to develop better diagnostic tools, tests and treatments.” FALSE

FACT: GlobalData has estimated that the Lyme disease therapeutics market was worth $2.2m in 2009. The major reason for this limited market revenue is that there is no approved drug specifically for Lyme disease treatment.

YOU STATE: “The CDC, NIH, FDA and DHHS already have the ability to manage this disease.”

FACT: Under their watch, reported cases (known to represent only a fraction of the true cases) have more than doubled in the last ten years (to more than 38,000 in 2009, the last year for which official figures are available).

To obtain details, visit the lymedisease.org website. Get your FACTS straight, and then let’s talk about the legislation.

To read the complete The Day editorial, click here.