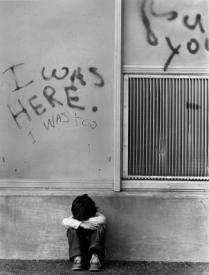 When I first became involved with Lyme disease, I remember wondering where the pharmaceutical interest was in the disease. Most of your double blind controlled trials are funded by the pharmaceutical industry. This means that if your disease is not on their radar, you’re going to have a long hard slog getting funding for studies on the efficacy of different treatments. Diseases that are on the agenda of big Pharma have a distinct advantage in evidence based medicine because studies, typically large scale studies, have been funded by someone with a dog in the hunt. In other diseases, the dog in the hunt may be overzealous, promoting treatments and selling drugs with little proof of effectively. But when a disease is neglected by big Pharma, the opposite occurs. Research simply isn’t done. And, that becomes a social justice issue when insurers and specialty societies deny patients access to care because research studies haven’t been funded and aren’t likely to be funded. Drugs are expensive to develop and research is expensive to conduct. Recently, GlobalDate releases a report that explains why Lyme disease is neglected and is likely to remain neglected by big Pharma.

The lack of pharmaceutical funding has resulted in studies that have been done on Lyme treatment suffer from small sample sizes, mixed results, and a lack of generalizability to the clinical patient population.

Those with the greatest burden of ill health are left disenfranchised, as there is little research that is relevant to them, there is poor access to treatments, and attention is diverted away from activities that might have a much greater impact on their health.

From the press report on the lack of pharmaceutical interest in Lyme disease:

The $2.2 million dollar market that GlobalData identifies is a number that is based on underlying assumptions–as these things always are.  To know and test the underlying assumptions, one would need to purchase the $2,000 report.  Without knowing the underlying assumptions it’s impossible to analyze their validity.  For instance, is the market size retail (what you pay to the pharmacy) or wholesale (what the pharmacy pays to the drug company).    It is possible that these assumptions are based merely on the designated number of treatment days under the IDSA guidelines times the number of reported cases under CDC surveillance.  Both of these assumptions would be incorrect because many patients, especially those with chronic Lyme disease, are treated longer and because CDC surveillance statistics underestimate the number of cases by a factor of ten.  I discuss the cost of Lyme disease in a previous blog post based on a study by Zhang, which puts the number at $203 million for CDC cases reported for 2002 alone–a number which given the 10 fold underreporting may in fact be more like $2 billion dollars.  The Zhang study, however, included both direct and indirect medicine costs, while the GlobalData report focus is more narrowly focused on the size of the pharmaceutical market for Lyme disease.  Another huge variable is the rate of prevalence (how many patients remain ill  after short term treatment).  Patients with chronic Lyme disesase are much more costly to treat.  Zhang found the cost of treating early illness was $1310 per patient, while the cost of treating late Lyme was $16,199.