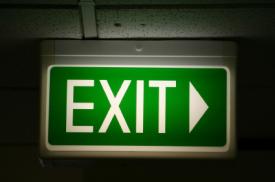 TFL, LDA, and CALDA, announced today that they are withdrawing from the IOM Lyme Workshop due to bias and the lack of balance in scientific viewpoints scheduled to be presented at the conference. The three groups had been commissioned to write a paper for the proceedings and Diane Blanchard of Time for Lyme had been slated to speak. Four of the six IOM panel members responsible for selecting speakers, topics and timeslots are members of IDSA, which is known to have a strong bias against the diagnosis and treatment of Lyme disease. The resulting agenda reflects this bias with key speaking positions granted to Dr. Wormser, who chaired the IDSA Lyme guidelines panel, and Dr. Aguero-Rosenfeld, who until recently worked with Dr. Wormser at NYMC. No comparable time slots were awarded to provide the opposing viewpoint, and no ILADS physicians are scheduled to speak at the conference. Details and Press Release follow. . .

The groups believe that the IOM workshop, as presently structured, cannot achieve an objective review of the state of the science in Lyme disease or present the broad diversity of scientific viewpoints as required by the Appropriations language. This bias undermines the integrity and the credibility of the IOM proceedings and will necessarily be reflected in any report summarizing the proceedings. The groups withdrew with great reluctance but felt that continuing to participate in a biased process would harm Lyme patients throughout the country.

In a move designed to protest the Institute of Medicine’s upcoming Lyme disease workshop, three of the nation’s largest and most influential Lyme groups have pulled out of the process.  After much deliberation, speaker Diane Blanchard, co-president of the Time for Lyme (TFL- CT) has withdrawn from the panel.  The national Lyme Disease Association (LDA- NJ) and the California Lyme Disease Association (CALDA), along with TFL, will not participate in the workshop and their IOM commissioned scientific paper will not be submitted.

The scientific workshop was promoted by the Institute of Medicine (IOM) to be a conference about the state of the science regarding Lyme and tick-borne diseases. Despite the groups request for transparency and a balance of scientific viewpoints, as delineated in Congressional Appropriations language, neither the hearing panel nor the speakers selected by the IOM satisfy the Congressional intent or objectives. The IOM’s mission was to provide “independent, objective and non-partisan” advice to policy makers, yet the majority of the participants sitting on its Lyme disease panel belong to the Infectious Diseases Society of America (IDSA), a medical society with a known bias.  Many key speaker roles were given to physicians who are IDSA members and supporters, a number of whom were involved with the IDSA’s controversial guidelines for Lyme.  IDSA’s Lyme guideline development process was investigated by the Connecticut Attorney General which resulted in exposing the guideline panel as being riddled with undisclosed conflicts of interest.

In spite of the recommendations to NIH by Congress, the conference opens with perhaps the most polarizing figure in the chronic Lyme debate– Dr. Gary Wormser of Westchester Medical Center — who chaired the IDSA Lyme guideline panel and whose highly controversial biased views are well known. There are no scheduled speakers with opposing viewpoints of similar scientific weight to balance his presentation about the research gaps in Lyme disease.  Many state-of-the-art scientific researchers and experienced clinicians have been relegated by the IOM and NIH to simply spectator positions.

The patient-oriented Lyme groups believe that this amount of bias undermines the integrity of the scientific workshop and that its final report will reflect this lack of objectivity.  “We believe the entire process has the potential to cause additional harm to patients. After much deliberation our only recourse is to withdraw our support for this seriously flawed process. From the inception, TFL, LDA and CALDA have communicated our concerns, which were ignored.  We remain hopeful that NIH/IOM will revamp the program to comply with the Congressional language which was responsible for initiating the workshop,” the groups said in a joint statement.

Time for Lyme, www.timeforlyme.org, the national Lyme Disease Association, www.LymeDiseaseAssocation.org, and California Lyme Disease Association, www.lymedisease.org, are non-profit organizations that were founded by individuals who had personal experience with Lyme disease, in order to address the lack of research, education and support services available for this emerging infection.