LYMEPOLICYWONK: Institute of Medicine Cuts on the Bias for IDSA 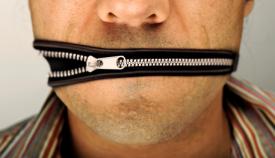 Finally, the Institute of Medicine (IOM) came out with its agenda for their “State of the Science Hearing”after much hemming and hawing. Patient groups (including CALDA) who asked for transparency in the study process received a mere “no comment” response. Well, we never got transparency, and we only got the agenda after it was finalized and released to the public. So, here’s the score: its 3 for 3 in the ‘Final Inning’ in favor of the IDSA.

Four of the 6 IOM panel members are IDSA members.

Dr. Gary Wormser, poster boy of the Connecticut IDSA antitrust investigation, is kicking off the game.

Oh, there’s window dressing to be sure. A personalized tour of the Agenda after the great leap forward. . .

Let’s look at the agenda in terms of the key topic areas—those where each speaker gets 25 uninterrupted minutes to record their position on a subject.

These people who have an established viewpoint biased toward the IDSA constitute 10 of the 14 physician speakers.  The remainder of the speakers consists of patients, vets, ecologists, pathologists and epidemiologists.