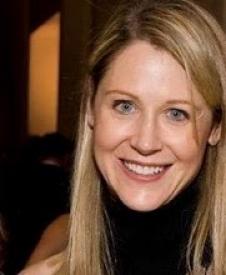 Stanford doctors who've been investigating Chronic Fatigue are now taking a look at Lyme disease. And another department at Stanford is investigated the symptoms of chronic Lyme. Alix, a Lyme patient who blogs for the "SpiroChicks" website, takes a look at what may be a change of attitude.

(reprinted by permission from SpiroChicks)

Four years ago, I made an appointment with Stanford’s Infectious Disease Department to get a second opinion on some Lyme blood tests. After meeting with the nice docs, I had my blood re-drawn. They sent it to “their Lyme lab.” Twice.

You can guess what happened next. According to the docs, I didn’t have Lyme. I soon found out that Stanford doesn’t “do” Lyme, except the occasional acute case that announces itself visually with a bull’s eye rash, complete with embedded tick. (Most in the Lyme community know that only half of us recall a bull’s eye rash. I was one of the “lucky” ones to have had a rash, but I didn’t have photo evidence.)

My symptoms began 16 years prior to that appointment at Stanford. I was a long term case, not an acute one. Long-term untreated Lyme – known as “late Lyme” – was not up for consideration since “their lab” can’t evaluate late stage Lyme Disease. At the time, I didn’t understand that “their lab” didn’t have a chance of picking up my illness.

If it sounds like I have an axe to grind, well, I am angry that my recovery was delayed by two years, but I never thought ill of the Stanford doctors. They are among the most caring, bright and open-minded docs I’ve ever met at Stanford. True detectives, they are open to discovering the etiology behind their most difficult-to-solve cases. They want their chronically ill patients to get better. Like most doctors, however, they didn’t have the right tools to diagnose me, and they didn’t know they didn’t have them.

What they did have were criteria established by the CDC for surveillance of a narrow band of Lyme disease – the type that first presented in Lyme, Connecticut with fevers, swollen knees, and a bull’s eye rash. It’s unknown what percent of Lyme cases actually meet these specific criteria – but it is nowhere near 100%. This system was not meant to diagnose people with Lyme. Unfortunately, as most of us know, the criteria were generalized and presumed to define the entire beast we call Lyme Disease. (See Ashley’s post, The Semantics of Lyme.)

It seemed as though this over-generalization of the narrow CDC criteria was going to go on forever and that an institution like Stanford would never recognize late Lyme or cases of incompletely treated Lyme – known as chronic Lyme – simply because they didn’t recognize the lab that runs the other Lyme tests – IGeneX Lab.

This is the lab that found evidence of Lyme and co-infections in me, on two separate occasions. And guess what? Not only have I improved immensely after treating Lyme for the past year and a half, but within the first few weeks of treatment, my body sprouted a bull’s eye rash in response to the treatment. A secondary bull’s eye rash – as it’s called – is proof that we are using the right treatment for the right condition. In other words, despite the lofty declaration by world-class doctors that I don’t have Lyme. I do.

I assumed Stanford would continue to turn away other Lyme patients, delaying treatment by years… but did you catch the part about the Stanford doctors being open-minded?

The Stanford docs who’ve poured their careers and hearts into trying to crack the case of Chronic Fatigue Syndrome are suddenly curious about the overlap between Lyme, viruses and symptoms of chronic illness. Dr. Montoya’s team is testing the blood of a large sample of California patients for everything from Lyme to co-infections to viruses.

More amazingly, there are actually two separate studies involving Lyme at Stanford! Both will test blood samples for Lyme at IGeneX – the lab Stanford didn’t recognize as recently as two years ago.

I recently spoke with Cheryl Koopman, the lead investigator on a separate Lyme study at Stanford which is funded by Turn the Corner Foundation and CALDA. In my next post, I’ll reveal the exciting news about this study.

If you missed Part 1, I discussed my personal experience with Stanford and Lyme, ultimately forcing me, like many others, to conclude that Stanford doesn’t do Lyme.

Things have changed recently. Stanford is conducting two separate studies involving Lyme. One of them is run by Dr. Montoya, head of Stanford’s Infectious Disease Department, to investigate possible connections in patients who might have overlapping illnesses, be they viral, bacterial, or Lyme-related.

The other study, funded by Turn the Corner Foundation and CALDA, focuses more narrowly on Lyme patients. I spoke with principle investigator Cheryl Koopman to get the scoop on this very exciting study. It’s the first to look at factors that “will take the step of suggesting criteria for diagnosing chronic Lyme Disease,” said Koopman, “they are very likely to change, but research on this needs to begin somewhere.”

Koopman mentioned that one impetus for the study are the many cases of Lyme that go unreported and undiagnosed, leading to a ballooning untreated Lyme population and an ever-sicker set of undiagnosed patients. “The CDC knows the real number [of Lyme cases] is ten times greater,” she said, “In 2008, there were 20,000 cases reported, but it could actually be 200,000, so in ten years you have two million people newly infected, and probably half of those become chronic cases. We don’t actually know the percentage that convert.”

Koopman’s study is also the first to study stigma toward people with Lyme. The study will look at whether stigma correlates with quality of life in Lyme patients. It will also compare quality of life among Lyme patients to healthy people, who will act as a control group. I imagine if these results show a statistically significant difference in quality of life, it will be a great relief to many chronic Lyme sufferers — those whose symptoms have been repeatedly dismissed as “the aches and pains of daily living.”

Another missing link for the Lyme community is validation of the main lab used to diagnose late and chronic Lyme Disease. Koopman’s study is designed to validate IGeneX lab by testing the sensitivity and specificity  of their tests by comparing their results to those of other labs.

I asked Koopman why Lyme hadn’t been on Stanford’s radar until now. “There was a paradigm that Lyme was an acute treatable infection that would go away on its own if symptoms never developed,” she said, “Lyme was not a major focus of training at medical school.”

“We are doing the research because symptoms are so varied that doctors can’t keep track of them. It sounds overwhelming and crazy to physicians,” she said, “We want doctors to see the patterns that can help them take it more seriously.”

When medical doctors first saw multiple sclerosis, “it was called Faker’s Disease,” said Koopman, “as if someone could fake not being able to walk.” Koopman’s study gives us hope that someday chronic Lyme will be both recognized and taken seriously by all physicians.

To find out if you qualify to be in the Immune Responses & Symptoms in Lyme Disease Patients & Healthy Controls study, contact one of the project coordinators:

Alix, a co-founder of the SpiroChicks blog, writes and speaks on Lyme, nutrition, and a variety of other health-related topics.