LYMEPOLICYWONK: Odd Couples—CDC, NIH, IDSA, others? “Hey, what are you yelling about? We’re playing a friendly game!” 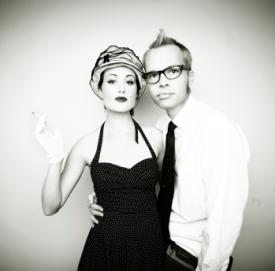 The IDSA recently reaffirmed its beleaguered Lyme guidelines with a panel it selected of IDSA members. (Aren’t we all surprised?) Turns out the CDC can’t be quick enough to endorse the IDSA after the IDSA vindicated itself. Overly clubby, don’t you think? The IDSA’s cavalier dismissal of 1600 pages of peer reviewed evidence rebutting its guidelines recommendations actually took my breath away. Now, it seems that the NIH is handing the “hot potato” of a “state of the science” review of Lyme disease that it is mandated to do by law to an “independent” government group, the Institute of Medicine— which, also, surprise-surprise, is composed mostly of IDSA members (according to my sources 4 of 6 members), in what seems like a saga of deniable accountability. (I would so love to be wrong on this.)

Turns out that the NIH actually does a pretty bad job of managing conflicts-of-interest  and cronyism all around.  . .  NIH grantee, Charles Nemeroff, was investigated by the US Senate Finance Committee for conflicts-of-interest in connection with an antidepressant study he conducted while he was being paid  big$$$$ from GlaxoSmithKline (ring a bell, think Glaxo as in Lyme vaccines, Lymerix).  Seems that when he lost his job at Emory as a result of this fiasco an NIH employee, Tom Insel, director of the National Institute of Mental Health, helped his buddy land a new job at U of Miami and told him to go ahead and apply for more NIH grants.  The irony here is that Tom Insel is leading the charge on NIH conflict revamping efforts.  Surprise ending and spoiler alert, Tom Insel is now being investigated by the Senate Finance Committee—for what appears to be failure to act with any sense of propriety in the face of serious conflicts of interest by an NIH funded researcher.     NIH doesn’t seem to get this conflicts of interest thing, does it?  But wait!  There’s more….

Turns out (WHO knew?) that the World Health Organization (WHO) is also under scrutiny for recommending the flu vaccine that GlaxoSmithKline promoted.  Small world.  Lots of people get confused about conflicts-of-interest when Glaxo $$$  is involved.  You may recall that  IDSA Lyme guidelines panel members had significant conflicts-of-interest with Glaxo.

I have begun to think of large medical societies and government  (the IDSA, the NIH, the CDC, WHO (who knew?)) as simply being marketing aggregators for pharmaceutical interests and stand up men for researchers with industry ties.  I realize that this is, really, hopelessly cynical, and I hope someone — please soon– wakes me up from this dream(?)  As I said before, I would love to be wrong on this.  I am so hoping that the IOM proves me wrong… for once.