LYMEPOLICYWONK: IDSA explains why “evidence” is not necessary for “evidence-based guidelines” 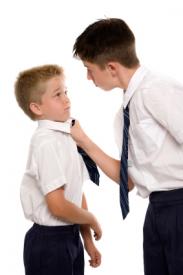 I suppose it was inevitable. The IDSA, due to inattention (hey, it happens with age), lack of oversight, control, or, shall we say, “iron fist” over its members, permits not one, but TWO poster sessions at its last annual meeting that point out that—drum roll—the IDSA guidelines across the board (not just Lyme guidelines) are just—well, not based on science or evidence for the most part. Thomas File, the author of this article, is on the board of the IDSA and he is with Summa Health System: He takes the IDSA defense and explains why evidence is not necessary for evidence based guidelines..

At the last IDSA annual meeting, two poster sessions said that most of the IDSA guideline recommendations were not based on good evidence, but on opinion.    It turns out that while the IDSA gives very strong recommendations, they are not supported by much actual evidence.  See my prior post on this.  In fact, only 15% (you have to be kidding me?) of their “strong recommendations” are supported by “strong evidence”.  So, excuse me, why don’t we just have a King?  Someone who feels entitled and has strong opinions and doesn’t have to justify them with evidence—anyone else feeling uncomfortable with this?  Because in the realm of opinions, “might makes right”.  And, you might be right, but if you don’t have might, then I suppose you “might” just as well sit down and listen.  If that strikes you as arrogance, then we are on the same wave length.