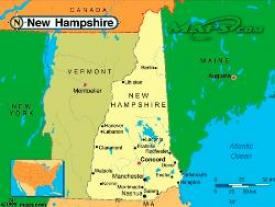 Bill History: In the House

In January a public hearing on the bill was held by the House Health and Human Services Committee (HHSC), which voted 18-1 to recommend to the full House that the bill be put in study, essentially delaying any relief for Lyme victims for at least a year. Rep. John Cebrowski was the only member to vote against Interim Study and in favor of passage, and our thanks go to him for his steadfast support. The full House subsequently overturned the HHSC recommendation and voted 300-56 to pass the bill.

Bill History: In the Senate

In April HB1326 went to the Senate, where a public hearing was held in the Senate Executive Department and Administration (ED&A) Committee. In May, with one (Sen. Martha Fuller Clark) of the five members absent, the ED&A Committee voted 2-2 on a motion to pass HB1326 without amendment.

Senators Betsi DeVries and Michael Downing supported passage of the bill and our thanks go to them also for their support. The motion was opposed by Senators Sharon Carson and Jackie Cilley, who both supported gutting the bill and setting up a study committee. The proposed amendments were created without any attempt to solicit feedback from the sponsor of the bill or the Lyme Legislation Committee whether or not the proposed amendments would be helpful or harmful to the Lyme community. (Note: Once the Lyme Legislation Committee got a look at the amendment, it felt that the amendment was so badly drafted and flawed that the Lyme community would be better off with no bill than the amendment proposed by Senators Cilley and Carson.) Parliamentary procedure states that a motion fails on a tie vote, so the bill when to the full Senate with an Inexpedient to Legislate recommendation (kill the bill).

Senators Cilley and Carson proposed their study amendment before the full Senate and managed to pass the amendment by one vote, 13-11 (a 12-12 vote would have killed the amendment). The vote was taken by voice, not roll call, so there is not a record of how each senator voted (though you can call your senator and ask!) If only one person who voted for study voted instead to pass the bill, the bill would be before the Governor now for signature.

Bill History: To Committee of Conference

1. In the House the bill would go back to the HHSC, chaired by Rep. Cindy Rosenwald, who had told her committee even before the House public hearing in January that HB1326 was a bad bill that needed to be killed. Rep. Rosenwald, who voted against the bill when it was before the full House, would select the House conferees, those selections being further OK’d by House Speaker Terie Norelli. The sponsor of the bill expressed his concerns to Speaker Norelli on this issue, and further requested to be appointed to the Committee of Conference. He was told by the Speaker to discuss this with Rep. Rosenwald, who told the sponsor that normally the conferees would come from the HHSC. The question remained: Who would be appointed?

3. There were only three HHSC Democrats who, after Interim Study was overturned, supported passage of HB1326 (Reps. French, Merrick and Tilton) when it was voted on the House floor. All but one HHSC Republican also, ultimately, supported passage of the bill. Those appointed as House conferees were Reps. Barbara French, Evalyn Merrick, Frank Case and John Cebrowski. All had voted for final passage of the bill in the House, but three of the four originally supported studying the bill. Rep. French was appointed as Chair of the Committee of Conference. Would those selected as House conferees actually uphold the House position as they were obliged to do, or would they self-servingly side with the Senate to satisfy their own desire to study the bill?

4. The Senate appointed as their conferees Senators Peggy Gilmore, Molly Kelly and Michael Downing. All members appointed by the Senate were from the Senate HHSC, in spite of the fact that the Senate public hearing was held in the ED&A Committee. Only Senator Downing sat on both committees. How informed were the other two Senate conferees if they had not be involved in the process to date?

5. Senator Downing was a strong supporter of the bill as written, and had opposed passage of the Cilley/Carson amendment to study the issue. Why had he been appointed to the Committee of Conference, since conferees were supposed to have been selected from those supporting the Senate position (to study the bill)?

7. Rep. French, as Chair, had the power to determine what motion would be made first. She correctly asked for a vote on the Senate amendment, to which she and the Senators Gilmore and Kelly raised their hand. Quickly realizing that she had exposed her true position, while also betraying her obligation to uphold the position of the House by supporting the Senate position while the House position was still an option, she said, "Oh, I meant to vote on the House position first," and negated the vote.

8. Not only was voting on the House position before the Senate
amendment inappropriate, since the Senate version was the latest, but it also handed all the power to the Senators. The Senators now could hold their position and ultimately force the House to choose between the Senate amendment or nothing. This was disgraceful that Rep. French would willingly give all power that the House held to the Senate.

9. Even though objections w
ere voiced by some House conferees members as to the inappropriateness of voting on the House position before the Senate amendment, Rep. French proceeded with the vote on the House version, this time voting with all other House conferees to support the House position. Senators Gilmore and Kelly opposed. Senator Downing was
absent, participating in another Committee of Conference. The vote
failed 4-2. It needed to be unanimous to pass.

10. Rep. French then went back to redo the original vote she had called for on the Senate amendment and voted with Senators Gilmore and Kelly to support the Senate-proposed study. All other House conferees voted against the motion, upholding the House position, and the desire of the Lyme community.

11. Because the conferees did not unanimously agree on either position, HB1326 died.

Gratitude and thanks should be extended to House conferees Evalyn Merrick, Frank Case and John Cebrowski, for their integrity in upholding the House position and their willingness to bring relief to NH Lyme victims. Gratitude and thanks also goes to Senator Michael Downing. Though inappropriately placed on the Committee of Conference, he supported and shepherded the bill in the Senate, working with the sponsor and the Lyme Legislation Committee on behalf of NH Lyme victims.

If a public servant does not have integrity, they should not be in public service. Rep. French has displayed her willingness to betray the trust of her colleagues in self-servingly working with Senators to kill this bill. This betrayal removes any ounce of integrity she might have had.

Rep. French concluded the Committee of Conference with empty words about
how everyone at the table wanted to help Lyme victims. While that statement may have applied to Reps. Merrick, Case and Cebrowski, they certainly did not apply to Rep. French, Sen. Gilmore and Sen. Kelly, who obviously need to be replaced because they have no interest in listening to, or uphold the will of, the people.