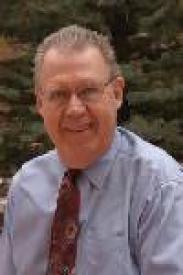 The Contra Costa Times talks to Dr. Dave Martz, who will keynote this weekend's Lyme disease conference in the San Francisco Bay area. After being told he had terminal ALS, Martz pursued Lyme disease treatment–which turned his health around.

In fall 2003, the energetic 62-year-old suddenly found himself becoming exhausted after only about 30 minutes of activity. Arthritis had set in. His muscles weakened.

"The doctors were perplexed," said Martz, a physician living in Colorado Springs, Colo. "It didn’t make any sense."

His condition worsened. After a battery of tests, Martz was diagnosed with ALS, or Lou Gehrig disease, a nerve cell-degeneration disease that causes loss of muscle movement and eventually death.

Martz wasn’t convinced of that diagnosis, however, and upon retesting, learned he had Lyme disease.

After starting an antibiotic regimen, the symptoms slowed and within months, his condition improved. After a year of the antibiotics, the ALS symptoms had gone away, he said. Though he’s not 100 percent, his symptoms are far from as severe as they were seven years ago.