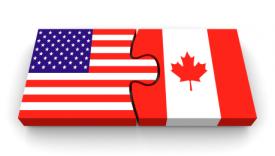 Drs. Janet and Felix Sperling of the University of Alberta published an entomology study on Lyme disease in Canada that is worth a read, especially if you believe that Lyme stops at the US border. Did you know that Lyme has now been recognized in every province in Canada? And that infection rates of ticks are 12.5%? More fast facts after the jump.

Did you know that in Canada:

Meanwhile, across the pond, consider this: