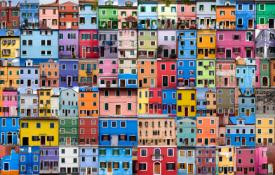 I was reading a book today about the power of small groups. The book is called Microtrends. It is by Mark Penn. One of the things he said stuck with me: “It only takes 1% of the people making a dedicated choice—contrary to the mainstream—to create a movement that can change the world.” What he is talking about is the increasing fragmentation of America (the world, in fact) brought about by the internet and the collapse of normal distribution channels. Very small groups of people can now connect and be effective through the internet. And, the normal channels of distribution used to control information flow have collapsed. You see this in television where there are no longer three networks to choose from but over 200 channels. That’s fragmentation.

What it means is that the center cannot hold.  Think of this.  It used to be that all of your medical information came in a sanitized package from your physician.  If your physician was unwilling to try a treatment approach, you never heard about it.  As far as you were concerned, it didn’t exist.  Now patients can seek out other forms of information on the internet and by doing so become empowered.  Capable of making decisions they never would have known existed.  That’s the power of fragmentation.  The power of the many, many, many, small, small, small groups breaking away from the center and empowering themselves.

You can follow this blog at lymepolicywonk.org.  Lorraine Johnson, JD, MBA can be reached at lbjohnson@lymedisease.org.