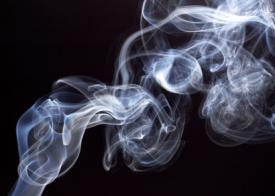 Have you read the LA Times op-ed that ran on December 16 by Daniel Sarewitz and Samuel Thernstrom? The piece is called “Impure Science”. It is blazingly good. The focus is on the global warming debate and recent suggestions of bias in email exchanges from one side of that controversy that were disclosed to the press. The take-home points though apply to any area, like Lyme, where there is divided science and polemic viewpoints. While the debates are shrouded in science, the real debate is not about science, but stakeholder viewpoints. When science is subject to interpretation by different stakeholder, the question is who controls the mike?

The pivot point is what to do in the face of uncertain science.  What to do in the face of uncertainty is not about science, it is about policy.  The answer to that question depends on values and key values depend on who is talking.  The authors shrewdly observe that when “science” is deemed the final arbiter of debate, policy and value issues are scuttled from the true stakeholders.  Politicians are then provided with political cover from their constituents—parents, children, patients etc—in the name of science.  You get the picture.  Instead, the debate is controlled by “researchers” and “scientists” whose values are not necessarily aligned with those of the affected populations.

In one fell swoop, participatory democracy—that is where all stakeholders are entitled to a voice and a vote—are relegated to the hinter regions and abandoned.  The real powerholders become the “experts”.  Experts, of course, have their own values and foibles.  These days most scientific experts called upon in these debates are consultants for industry and are not truly non-partisan.  Needless to say, this is not what representational democracy is supposed to be.  Scientists and researchers in truth do not represent the public and are not beholden to the public.

In the op-ed, the authors take on the notion that science is unsullied and unpolitical.  No, they say, science has become a political tool.  Central to the disaster is “scientists’ insistence that they are unsullied providers of truth in an otherwise corrupt and indecipherable world. It was never so.”  They make the bold assertion that “[i]n truth, [science] is competitive, backbiting, venal, imperfect and, indeed, political.”  And when researchers and scientists weigh in on debates in hotly contested scientific areas, like global warming and Lyme disease, their opinions are not about pure science.  They are merely advocates blowing smoke behind the cloak of science.  The full article is here.

You can find additional posts on Lyme and policy at lymepolicywonk.org.  You can contact Lorraine Johnson, JD, MBA at lbjohnson@lymedisease.org.