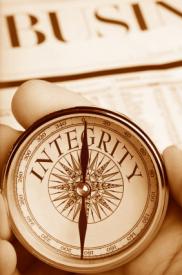 Breathe a sigh of relief. No, really. It is not that often in Lyme disease that one reads an unbiased study that speaks truth to power, that values integrity in science over dogma. So, pour a cup of tea and I will pull out the most important findings and conclusions about persistence from the recently published study by Dr. Stephen Barthold and Dr. Ben Luft, “Ineffectiveness of Tigecycline against Persistent Borrelia burgdorferi.” Here they are in a nut-shell for those with neither the time nor the inclination to read the entire study (though I must say it is highly recommended!).

<!–[if !supportLists]–>1.       <!–[endif]–>“Treatment failures have been documented with nearly every type of antimicrobial drug, based upon clinical relapse, culture, or PCR.”

<!–[if !supportLists]–>2.       <!–[endif]–>“Borrelia burgdorferi has evolved to persistently infect fully immunocompetant hosts.  Persistent infection has been shown to be the rule, rather than the norm in a variety of laboratory animal species, including mice, rates, peromyscus leucopus, hamsters, gerbils, guinea pigs, rabbits, dogs, and non-human primates.”

<!–[if !supportLists]–>3.       <!–[endif]–> Ordinarily, antibiotics knock back an infection to the point where a competent immune system can essentially “mop up” the left over bacteria.  According to the study, this is not so with Bb because the “mop up phase, which is dependent upon the immune system, is likely to be ineffective against an agent such as B. burgdorferi, which is highly effective at evading host clearance.”

<!–[if !supportLists]–>4.       <!–[endif]–>Furthermore, Bb has  features  that “fit the paradigm of multidrug tolerance or ‘recalcitrance to eradication’ by antibiotics that occurs among a variety of persistent bacterial and fungal infections.”

<!–[if !supportLists]–>5.       <!–[endif]–>After treatment with tigecycline, the mice had non-cultivable, infectious spirochetes—(as previously shown with cetriaxone and doxycycline).  “Thus, the phenomenon of B. burgdorferi persistence appears to be universal among these various classes of antibiotics.”

<!–[if !supportLists]–>7.       <!–[endif]–>Persistence:  “For at least 3 months after cessation of antibiotic, these non-cultivable forms can be acquired by ticks (xeondiagnosis), transmitted by ticks, survive the molts between larvae to nymphs to adults, infect recipient mice by tissue transplant, transcribe RNA, and express antigen in ticks and tissues in the form of morphologically identifiable spirochetes.  The fact that these forms are unable to be cultured does not negate their viability”

<!–[if !supportLists]–>8.       <!–[endif]–>“Despite their persistence, previous studies and the current study indicate that antibiotic treatment results in a significant decline in antibody titers to Bb suggesting that the persisting spirochetes remain sequestered or occult to immune surveillance.”

<!–[if !supportLists]–>9.       <!–[endif]–>“The significance of antibiotic persisting Bb has also been challenged.  Because no disease was evident in SCID mice infected with these organisms.  That conclusion is not valid, since inflammation does not necessarily correlate with presence of spirochetes.  Inflammation requires invasion of specific tissue types, such as synovium, and no inflammation is found in many other tissues (in fact the majority infected with Bb.)”

<!–[if !supportLists]–>10.   <!–[endif]–>“Further studies are underway in the mouse model to determine if the post-antibiotic persistent organisms return to cultivable and pathogenic state, or if they eventually die out.”