LYMEPOLICYWONK: You can observe a lot by watching: Breast Cancer & Lyme Disease 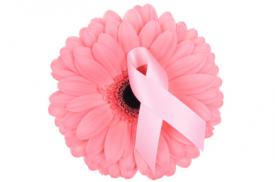 The parallels between breast cancer and Lyme disease are not obvious, are they? I was surprised by them myself. Breast cancer patients have two treatment options (sound familiar?). Mastectomy removes the entire breast, while the newer procedure, a lumpectomy removes only the tumor and immediately surrounding tissue. Consider this: lumpectomies used to be controversial and were opposed by an entrenched medical establishment. It’s hard to imagine, isn’t it? Even harder to imagine is that women had to pass legislation in 20 states to obtain the right to choose between lumpectomy and a radical mastectomy. Physicians were afraid to perform lumpectomies for fear of losing their license. We have passed legislation in 3 states so far protecting physicians who treat Lyme in defiance of the IDSA guidelines from medical board action. But, wait there's more..

Breast cancer used to be so shrouded in social stigma and silence that no one would talk about it.  In 1974, when first lady Betty Ford was diagnosed with breast cancer it was rarely mentioned publicly.  And, her decision to make her diagnosis and treatment a public issue was groundbreaking.   How many of us know public figures who choose to keep mum about their Lyme disease or that of their children?  At the time the medical establishment focus was all about “prevention”, not “cure” and all of the focus was on “research”, not patients.  It took women activists to press for a new emphasis on the patient and the cure.  Their slogan was  Breast Cancer, Say it, fight it, cure it, damn it!

More concern about prevention than cure

More concern about research than patients

Today patients with breast cancer have a voice and a choice.  They sit on a number of government panels.  They have secured substantial funding.  They did it and so can we.  As Yogi Berra says: You can observe a lot by watching.

You can contacted Lorraine Johnson, JD, MBA at lbjohnson@lymedisease.org