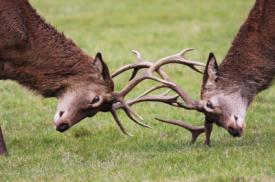 The IDSA Lyme disease guidelines review hearing on Thursday was an historic event both in medicine and in the Lyme community. It is the first time an organization has been required to hold hearings and review treatment guidelines that were created by a panel with conflicts of interest. It is also the first time that a broad debate of both sides of the Lyme controversy over diagnosis and treatment with physicians and researchers has been held.

It was attended by federal and state policy makers, including the NIH Program Director, representatives of Congressman Christopher Smith (NJ-R) and Senator Christopher Dodd (CT-D), the HHS Inspector General’s office , the CDC, and the Connecticut Attorney General’s Office.

From the perspective of patients, the hearing went well.  My speech focused on the need for the panel to distinguish between science and opinion in this polemic debate.  The IDSA casts this debate as being about those who believe in science and those who believe in anecdotes, but this hearing showed otherwise.  What was striking was the amount of science presented on the side of the patients and their treating physicians (mainly from ILADS) and the paucity of science presented by those representing the IDSA guideline panel.  ILADS had previously submitted a binder containing 280 pages of analysis contesting the guidelines together with 1300 pages of peer reviewed scientific literature that the IDSA has failed to consider.  IDSA presenters relied heavily on opinion and reputation to support the guidelines, advancing an unsubstantiated somatic disorder hypothesis to explain away treatment failures under the IDSA Lyme treatment guidelines.  Also striking were the number of independent researchers presenting, including Dr. Luft from Stony Brook, Dr. Fallon from Columbia, and Dr. Volkman, formerly of the NIH, who emphasized the persistent nature of the infection and the need for clinically flexible treatment guidelines.

Given the strong amount of science presented contesting the guidelines, the need to materially revise the guidelines seems plain.  However, patients face a steep obstacle because the panel will need to place patient care above the organizational interests of the IDSA—which views its guidelines as beyond reproach.  The process is vulnerable to abuse because the IDSA has an organizational and reputational stake in the outcome and is running the process.  Patients remain concerned about bias on the panel, which excluded all physicians who treat chronic Lyme disease.  In addition, Barbara Johnson of the CDC testified at the hearing over patient protests. The CDC, like other governmental agencies, is precluded from giving preferential treatment to private organizations like the IDSA.

The panel, chaired by Dr. Carol Baker, was attentive and raised cogent points.    There is growing opposition to the IDSA guidelines—which restrict the physicians’ ability to exercise clinical judgment and deprives seriously ill patients of the only treatment option that may restore their functionality, longer term antibiotics.  Dr. Baker recently commented that she views herself as unbiased on this topic, notwithstanding her previous position as the President of the IDSA.  I hope she is right.  Organizational ties and loyalty can cut both ways—sometimes the best thing for the organization is to break ties with a failing policy and realign organizational interests with those of patients.