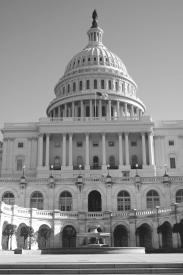 At their annual meeting a few years ago, the Infectious Diseases Society of America adopted a policy of opposing patient-sponsored legislation. They have been true to their word. They have opposed legislation in Pennsylvania, Massachusetts, and Connecticut and have lobbied for their point of view in Rhode Island and Maine. Continuing on the same path, last year they persuaded Health Subcommittee Chairman Frank Pallone that the federal bill somehow mandated long-term treatment. Pallone refused to allow the bill out on the floor and it died in his subcommittee. IDSA is now working on legislators to derail this year's federal bills. Their message may be flawed, but they are sticking to it. It falls to patient community to counter the misinformation.

Has your congressperson signed on to cosponsor HR 1179, Lyme and Tick-Borne Diseases Prevention, Education, and Research Act of 2009?  Have you contacted your congressional office, only to be told that your legislator appreciates your information and “will vote for the bill when it comes to the floor”? In other words, s/he does not intend to “co-sponsor”?

There are even some congressman who in the past signed on as cosponsors, but this year they have not. We suspect the IDSA has finally gotten to them.

In a June 25 letter to Henry Waxman, chairman of the House Energy & Commerce Committee (the health subcommittee is part of this committee), IDSA president Anne Gershon states, “IDSA must oppose the legislation as currently drafted and urges you not to cosponsor it.”  She continues:

“IDSA is compelled to raise serious concerns about the proposed composition of the federal advisory committee that H.R. 1179 would establish as it mandates an uneven slate of members tilted toward the viewpoint of a small, financially conflicted minority of physicians who benefit from diagnosing Lyme as a “chronic” disease and by prescribing long-term antibiotic use to treat it.”

Of course IDSA doesn’t want a balanced panel. At the moment they have the whole pie all to themselves. Why would they want to share the power?

IDSA doesn’t mention that IDSA itself, not the “small minority of physicians,” is the group that is “financially conflicted.” In his civil investigation of their guidelines procedures, the CT Attorney General found significant conflicts of interest in a majority of panel members.

IDSA says, “At least four randomized trials do not support the use of long-term antibiotics as an appropriate treatment for Lyme disease.” This is a self-serving and biased interpretation of the facts of the trials. What is true is that although the people were not cured, some were helped, only to relapse when treatment was stopped.

Gershon’s letter further implies that the bill would mandate longterm treatment (it does not), saying, “[T]he long-term use of antibiotics for the treatment of Lyme disease is unproven and potentially harmful to the patients being treated and to the public’s health.”  She don’t mention that the IDSA “cure” leaves up to 50% of the patients still sick, with no treatment at all, nor that their preferred testing protocol misses half the true cases.

To read the entire letter, go to the Advocacy section on the IDSA website.

But don’t stop there!  We need to counter the IDSA campaign by contacting our representatives in great numbers. Go to the LDA website and click on your state to find out what YOU can do. It’s going to take a massive response from patients in each district to counter the misinformation and make a change.