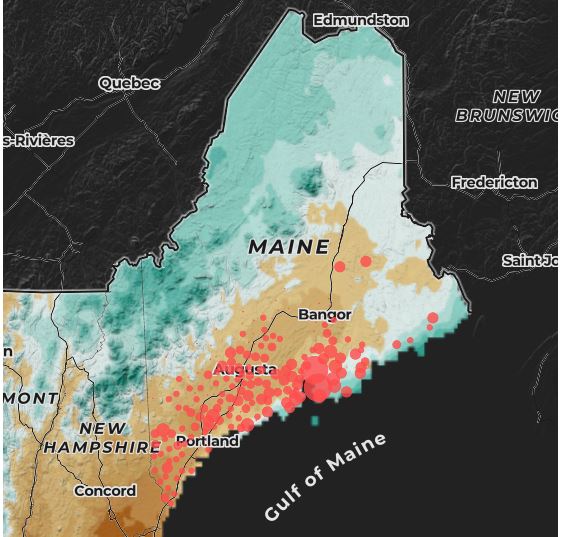 by Kristen Lombardi and Fatima Bhojani

The CDC says rising temperatures are partly to blame for the tripling of mosquito-, tick- and flea-borne illnesses from 2004 to 2016, but Maine’s governor, a climate skeptic, is tying health officials’ hands.

Maine’s invasion came early this year. In recent hotbeds of tick activity — from Scarborough to Belfast and Brewer — people say they spotted the eight-legged arachnid before spring. They noticed the ticks — which look like moving poppy seeds — encroaching on roads, beaches, playgrounds, cemeteries and library floors. They saw them clinging to dogs, birds and squirrels….

…The ticks have brought a surge of Lyme disease in Maine over two decades, boosting reported cases from 71 in 2000 to 1,487 in 2016 — a 20-fold increase, the latest federal data show. Today, Maine leads the nation in Lyme incidence, topping hot spots like Connecticut, New Jersey and Wisconsin. READ MORE.